Russian fighter jet shot down a US drone near Khmeimim air base in Syria
Read: 5661 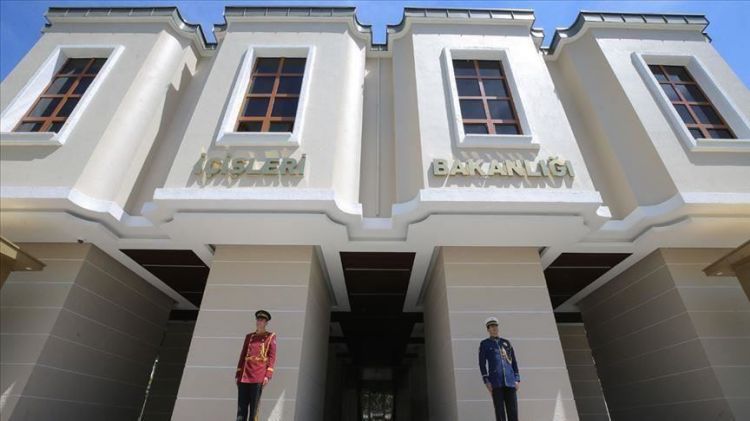 President Recep Tayyip Erdogan said cities included Istanbul that is home to nearly one-fifth of Turkey’s population, as well as the urban centers of Ankara, Izmir, Bursa and Adana.

Police and gendarmerie teams began implementing measures by setting up checkpoints at entrances and exits to cities beginning at midnight.

Security forces rejected pleas of those wanting to travel, except for compulsory and necessary situations, such as commercial vehicles carrying basic or medical supplies.

Erdogan set a curfew restricting those yonger than 20 from leaving their homes unless absolutely necessary.

Wearing face-masks in crowded areas including stores is also now mandatory, said the president, and the gathering of crowds in open spaces, including streets, is not allowed.

The new measures follow last month’s closure of schools, cafes, restaurants, movie theaters, and other venues as well as the cancelation of sports events.

Inter-city travelers are already being tested for high fever and coughing, with systems set up at cities boundaries.

Those older than 65, or who suffer from chronic illnesses are also restricted from leaving their homes.

Turkey has registered 20,921 coronavirus cases, and the death toll stands at 425. A total of 484 people have fully recovered following treatment.

Since appearing in Wuhan, China, last December, the novel coronavirus has spread to at least 181 countries and regions.

Data compiled by the U.S.’ Johns Hopkins University shows worldwide infections surpassing 1 million with more than 59,000 deaths. An excess of 226,100 have recovered.