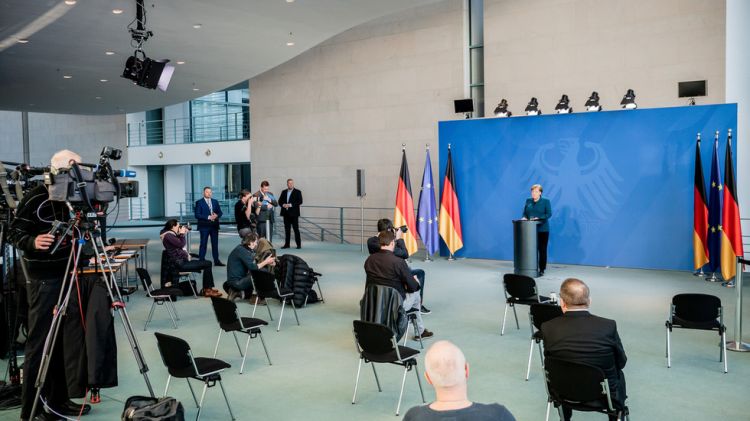 Angela Merkel’s chief of staff said on Monday that he did not think the chancellor’s plans not to run for a fifth term in office had changed. Bild newspaper last week raised the question of whether she might, EDNews reports citing Russia Today.

“I don’t think this is any time to discuss something like that,” Helge Braun told German broadcasters RTL/n-tv. “She has said that this is her last term in office and I believe nothing has changed about that.”

Merkel has led Germany for 15 years and has said previously that she will not seek re-election in autumn 2021.

Germany’s confirmed coronavirus infections rose by 3,677 in the past 24 hours to 95,391 on Monday, the fourth straight drop in the daily rate of new cases, according to the Robert Koch Institute for infectious diseases. The number of new cases was lower than the 5,936 new infections reported on Sunday. The death toll rose by 92 to 1,434, Reuters said.