Russian air defense systems were ready to shoot down US bombers a few days ago
Read: 1657 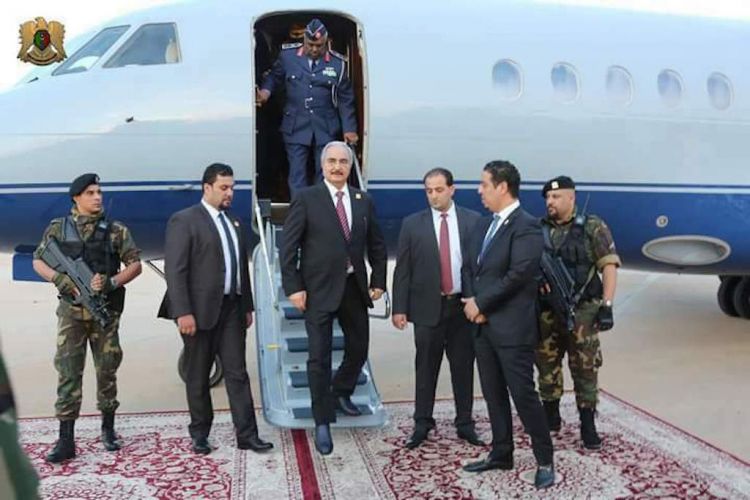 A few hours ago, during the airport landing attempt, a Haftar’s military transport aircraft was shot down, EDNews reports citing Bulgarian Military News.

According to sources the transport aircraft was shot down, carrying out delivery of weapons and ammunition to the forces of the Khalifa Haftar army.

As a result of the defeat of the aircraft by air defense systems, all those on board died, while the identity of the downed military transport aircraft remains unknown for certain.

According a statement of the Spokesman for the Government of National Accord of Libya, the attack of the Libyan National Army (LNA) Khalifa Haftar’s transport aircraft arriving near Tripoli was carried out by the Libyan Air Force.

According to LNA Colonel Muhammad Kanuno, an LNA military transport aircraft with ammunition landed 60 km from Tripoli near the city of Tarhun.

LNA representatives did not comment more information about the attack.

According to the Libyan news portal Al-Unvan, the attack was carried out using a Turkish-made drone, and the plane transported medicines and equipment for field hospitals to fight coronavirus.

According to updated information, medicines could be on board the aircraft to help people infected with a new type of coronavirus infection, however, at the moment, the forces of the Government of National Unity claim that in fact the aircraft transported ammunition and weapons.

It should be clarified that earlier Russian military transport aircraft also took off from the Russian military base “Khmeimim”, after which they were sent to Libya, however, there is no evidence that this is a Russian aircraft.