Russian air defense systems were ready to shoot down US bombers a few days ago
Read: 1659 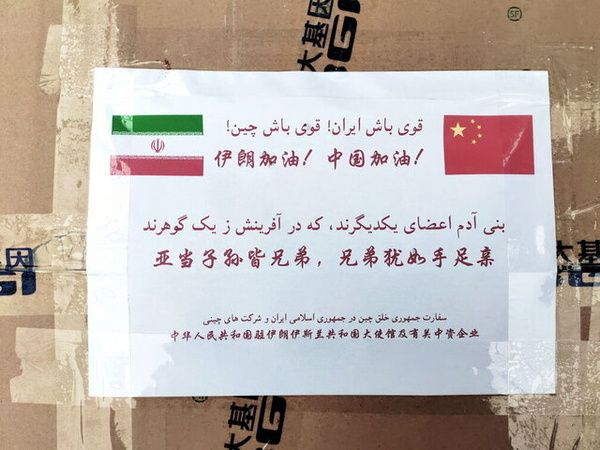 In controversial remarks, Iran’s health ministry spokesman has criticized China for its inaccurate reports regarding the coronavirus, saying the initial reports made other countries underestimate the severity of the disease. EDNews reports citing Iran Front Page.

Health ministry spokesman Kianoush Jahanpour said statistics presented by China were a “bitter joke” because many across the world thought the disease caused by COVID-19 was similar to influenza and had a low fatality rate.

“The outbreak did not turn into an epidemic in Japan. We use the word ‘epidemic’ when one percent of the population contracts a disease. Likewise, we cannot say we are facing an epidemic in all parts of Iran. In some parts of the country (Iran) there are individual cases of infection. In most parts of the country the number of infections is surging, and some cities we are at the ‘epidemic’ stage. Even there is no epidemic in South Korea,” the spokesman noted.

However, he noted, the situation was different in China, and Wuhan had experienced an epidemic.

“If they say in China that an epidemic has been contained in two months, one has to think twice about it,” he noted.

Jahanpour, whose remarks had stirred controversy on social media, later tweeted that “scientific issues cannot, and should not, be mixed with politics.

“Based on the epidemiological information and reports provided by Chinese researchers, all academic centres in the world considered the novel coronavirus to be less dangerous than at least type-A influenza. Today’s findings prove it wrong. And we trust our own findings more,” said Jahanpour, himself a doctor.

In reaction to the unprecedented criticisms, the Chinese ambassador to Tehran Chang Hua advised Jahanpour to “carefully” follow the Chinese Health Ministry’s daily press conference before making any conclusion.

He also urged the Iranian spokesman to “respect” the facts and “great efforts” of the Chinese nation.

Reacting to the controversy, Iranian Foreign Ministry Spokesman Seyyed Abbas Mousavi said the Islamic Republic has always been grateful to China for all the help the country has been offering to fight the coronavirus.

“The Gvt. & ppl. of #China lead the way in suppressing #coronavirus & generously aiding countries across the globe,” he tweeted.

“The Chinese bravery, dedication & professionalism in COVID19 containment deserve acknowledgment. The Islamic Republic of Iran has always been thankful to China in these trying times,” he added in his tweet.

Still outraged by the criticisms, the Chinese ambassador reacted to Jahanpour by saying
“friends must help each other, but we are fighting each other.”

China began sending consignments of medical items to Iran in the wake of the coronavirus outbreak.

On the same note, Iran’s Ambassador to Beijing Mohammad Keshavarzzadeh announced that China would dispatch two planeloads of aid to Iran to help the country fight COVID-19.