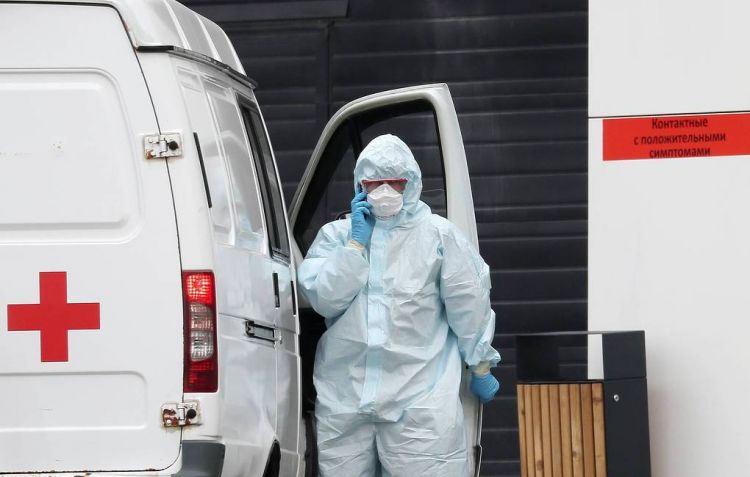 The number of coronavirus patients in Russia rose by 1,459 in the past 24 hours, reaching 10,131, the anti-coronavirus crisis center said in a statement on Thursday, EDNews.net reports citing TASS.

Another 857 patients have been identified in Moscow, taking the city’s total number of cases to 6,698. New cases have also been recorded in 49 regions of the country, including 199 in the Moscow region, 44 in St. Petersburg, 40 in the Bryansk region, 31 in the Komi region, 24 in the Vladimir region, 20 in the Krasnodar region, 18 in the Leningrad region and 16 in the Astrakhan region.

According to the center, 118 people in 33 Russian regions were discharged from hospitals in the past 24 hours, including 43 in Moscow, 11 in St. Petersburg, nine in the Buryatia region, and six in the Ivanovo region. Another seven coronavirus deaths have been recorded in Moscow, three in the Moscow region, two in St. Petersburg and one in the Perm region.