Moscow explained why Turkey should not joke with Russia about Syria
Read: 894 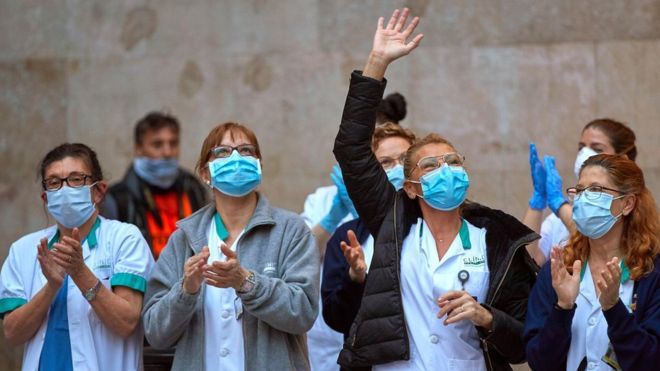 Spain is close to passing the worst of its coronavirus outbreak, the prime minister said, as parliament debated extending the national state of emergency, EDNews.net reports citing BBC.

“The fire starts to come under control,” PM Pedro Sánchez told MPs in Madrid, saying the country would have “total victory” over the virus.

Spain has Europe's highest number of confirmed cases, with 152,446.

As of Thursday, the country has reported 15,238 deaths.

Mr Sánchez is the latest European leader to suggest the situation may be stabilising.

A number of European nations are now considering how to ease restrictions as early as next week, amid growing worries about the economic impact of lockdowns. The European Commission is aiming to co-ordinate a possible "roadmap" to move away from the measures.

Despite marathon talks from Tuesday into Wednesday, EU leaders are yet to agree to an economic support package.

Finance ministers will hold another teleconference from 17:00 Brussels time (1500 GMT) to try to sort out a bailout plan.

Italian Prime Minister Giuseppe Conte told the BBC: "If we do not seize the opportunity to put new life into the European project, the risk of failure is real."