Russian fighter jet shot down a US drone near Khmeimim air base in Syria
Read: 5531

Putin visits Khabib Nurmagomedov as his father went into coma 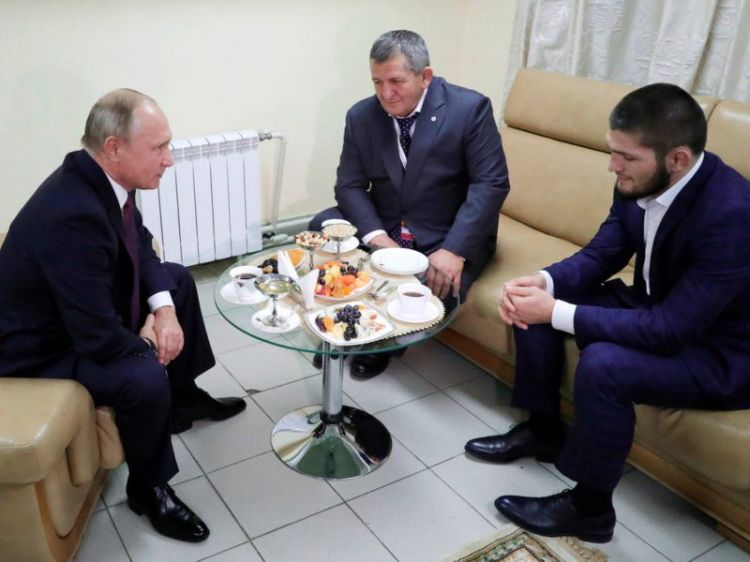 Khabib’s manager, Ali Abdelaziz, confirmed that Putin reached out to Khabib multiple times to ensure that the champ has everything he requires. Ali said,

“The president reached out to him a couple of times. It makes us a little bit at ease, but everything’s in Allah’s hands. Everything is in Allah’s hands and we can get all the help we can.”

Abdulmanap Nurmagomedov continues to battle for his health in Moscow. While he successfully came out of a coma just a few days ago, Khabib confirmed that his father’s health deteriorated further due to the coronavirus.

Medical experts have confirmed that the virus has worse effects on those who are already suffering from internal diseases.