12 soldiers killed in Boko Haram attack on military base 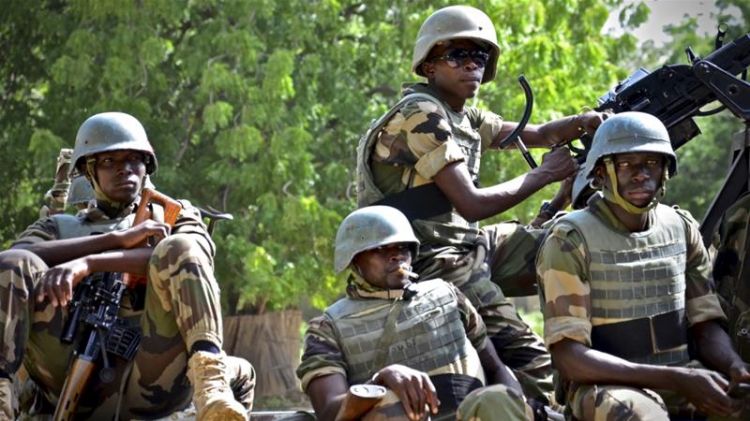 Twelve soldiers have been killed in a Boko Haram attack on a military outpost in Niger's Diffa region, the scene of recent clashes with armed fighters, EDNews.net reports citing Aljazeera.

The attack by "Boko Haram terrorists" overnight on Monday on the Blabrine military base left another 10 soldiers wounded, Niger's defence ministry said in a statement late on Tuesday.

"Seven terrorists were neutralised" by Niger soldiers, the statement added.

The Blabrine base is some 20km (12 miles) northeast of Diffa town in the remote southeastern region near Lake Chad, where the borders of Cameroon, Chad, Niger and Nigeria converge.

Diffa, a city of 200,000 near the Nigerian border, has been repeatedly attacked.

The region of the poor Sahel country borders Nigeria, the birthplace of Boko Haram. It shelters some 300,000 refugees from Nigeria as well as internally displaced people, according to United Nations figures.

In October 2019, 12 Niger troops were killed at Blabrine, according to the defence ministry.

Several violent clashes have pitted the army against armed fighters in the region since the start of May.

On May 13, Niger said 75 Boko Haram combatants were killed in the southeast of the country and across the border in Nigeria.

Fighters carried out another attack in the same area on Saturday.

Boko Haram has been active in the impoverished northeast of Nigeria border areas since 2009.

Attacks by the group have claimed more than 36,000 lives since and displaced nearly two million people.