Russian fighter jet shot down a US drone near Khmeimim air base in Syria
Read: 5743

Moscow explained why Turkey should not joke with Russia about Syria
Read: 437 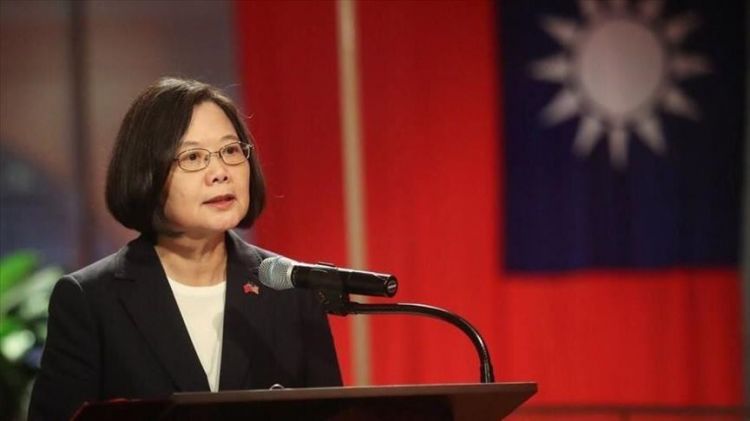 Tsai Ing-wen was on Wednesday sworn-in as the president of Taiwan for the second consecutive term to rule the island state for the next four years, EDNews.net reports citing Anadolu Agency.

Tsai, 63, is Taiwan’s seventh but the first female president who is holding the presidential office for fifteenth term.

She represents the Democratic Progressive Party and won with over 8 million votes in the January election.

"I want to reiterate the words peace, parity, democracy, and dialogue. We will not accept the Beijing authorities' use of 'one country, two systems' to downgrade Taiwan and undermine the cross-strait status quo. We stand fast by this principle."

However, she added that Taiwan was ready to engage in dialogue with China for "more concrete contributions to regional security" amid tensions in the Taiwan Strait.

"I am honored to once again take on the responsibility entrusted to me by the Taiwanese people as the president. I know that no matter the challenges we may face, we will stand together in freedom, democracy, and solidarity," she said.

She also focused on the geopolitics of the deadly coronavirus during her speech.

"Coronavirus has profoundly affected our world. It has changed the global political and economic order, accelerated and expanded the reorganization of global supply chains, restructured the global economy, and changed the way we live and shop. It has even changed the way the international community views Taiwan and developments in the surrounding region," she said, adding that the COVID-19 has both challenges and opportunities.

At a unique swearing-in ceremony, Taiwan did not invite foreign guests or leaders due to the pandemic. The inauguration was streamed online while a selected number of people attended the ceremony.

With eyes on more participation at global level, Tsai said: "Over the next four years, we will continue to fight for our participation in international organizations, strengthen mutually beneficial cooperation with our allies, and bolster ties with the US, Japan, Europe, and other like-minded countries."

Taiwan insists it is an independent state, free of China’s sovereignty claims. At least 15 countries recognize it free and have formal diplomatic relations with Taipei. But China says Taiwan is a "breakaway province".

During the pandemic, Taiwan’s role has been applauded as it has been successful in suppressing the spread of the infection, so far.

However, Taiwan could not participate in the World Health Assembly (WHA) early this week because of opposition from China which asked Taipei to accept the "One China, Two Systems" for any such participation. Taiwan rejected the condition.