Moscow explained why Turkey should not joke with Russia about Syria
Read: 502 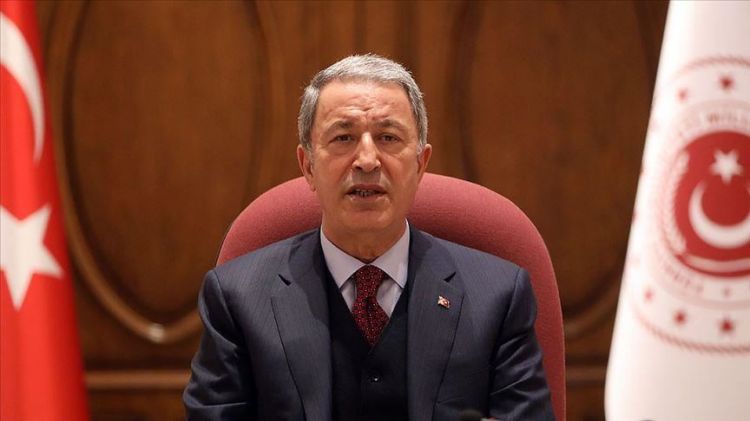 Hundreds of terrorists in Syria and northern Iraq have been neutralized as part of Turkey’s cross-border counter-terrorism operations since the start of 2020, the Turkish defense minister said on Wednesday, EDNews.net reports citing Anadolu Agency.

"Our fight against terror in Syria and northern Iraq continues without pause -- 1,411 terrorists have been neutralized since Jan. 1," Hulusi Akar said.

Underlining that Turkey had been one of the most successful countries in curbing the spread of the novel coronavirus through the ranks of its military, Akar said the number of cases had been limited.

On the ongoing conflict in Libya between the UN-recognized government and renegade general Khalifa Haftar, Akar said the balance in the war-torn country had "significantly changed" since Turkey started helping Tripoli in military training, cooperation and consultancy.

The Libyan army recently regained control of the strategic Al-Watiya airbase after it was under Haftar rule for some six years.