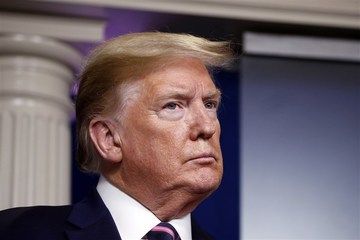 U.S. President Donald Trump said he may seek to revive a face-to-face meeting of Group of Seven leaders near Washington, after earlier canceling the in-person gathering of world leaders due to the novel coronavirus pandemic, EDNews.net reports citing Vestnik Kavkaza.

“I am considering rescheduling the G-7, on the same or similar date, in Washington, D.C., at the legendary Camp David,” Trump said in a Twitter post. “The other members are also beginning their COMEBACK. It would be a great sign to all - normalization!”

Trump's spokeswoman Kayleigh McEnany later told reporters that a face-to-face summit would be a "show of strength and optimism" where leaders would "pursue business as usual as we move forward through this pandemic."

McEnany said the administration wanted leaders to "come together at the White House."

"We'd like to see it happen sometime in June but as to a particular date I don't have any announcement," The AFP cited her as saying.

In March, the Republican president canceled the physical summit scheduled for June, moving to a video conference as nations grappled with the shutdown of international travel and multiple closures to fight the outbreak.

The leaders’ April and May discussions were also moved to teleconference.