daily news
"Hated enemy cut down, looted and sold trees" - Azerbaijani President
Azerbaijan has taken the necessary steps to restore its territorial integrity" - Ilham Aliyev
Erdogan says Armenia should not evade responsibilities in Nagorno-Karabakh deal
Leaders of religious confessions in Azerbaijan issued a joint statement on the destruction of our religious monuments in Karabakh.
All civilized people should see Armenian disgraceful treatment of mosques as barbarism - Irish historian
Any result that acceptable for Azerbaijan - acceptable for Turkey too - FM
Putin, Erdogan discuss progress of implementation of agreements on Karabakh
Turkey neutralizes 17 YPG/PKK terrorists in N. Syria
﻿

Every Armenian resident of Karabakh will have to take a written oath of allegiance to Azerbaijan - Expert
Read: 370

"According to international law, Nagorno-Karabakh and its territory have been and still are a part of the Republic of Azerbaijan" - Putin
Read: 297

Coronavirus is not a flu, it is a dangerous virus, and hygiene and distance must be observed - Zaur Orucov - VIDEO
Read: 289

"The destruction of the city of Fuzuli is a clear example of Armenian vandalism and savagery against Azerbaijan and the Azerbaijani people" - Erkan Ozoral
Read: 255

Yemen's health system 'has in effect collapsed' as COVID spreads 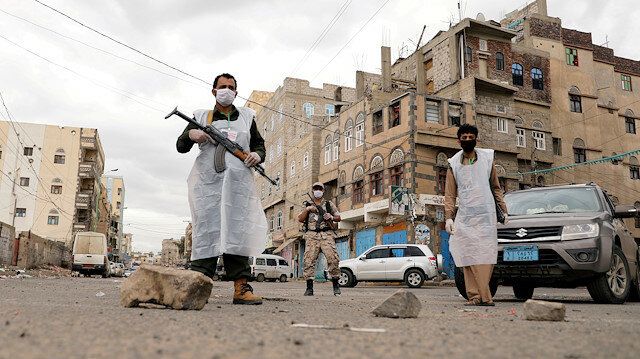 Coronavirus is believed to be spreading throughout Yemen, where the health care system "has in effect collapsed", the United Nations said on Friday, appealing for urgent funding. EDNews.net reports citing Yeni Safak.

Referring to aid agencies, Jens Laerke, spokesman for the U.N. Office for the Coordination of Humanitarian Affairs (OCHA) told a Geneva briefing: "We hear from many of them that Yemen is really on the brink right now. The situation is extremely alarming, they are talking about that the health system has in effect collapsed."

Yemen authorities have reported 184 cases including 30 deaths to the World Health Organization (WHO), its latest figures show. "The actual incidence is almost certainly much higher," Laerke said.

The United Naitons estimates that it will seek $2 billion for Yemen to maintain aid programmes through year-end, he added.