Russian fighter jet shot down two additional US drones near Khmeimim air base in Syria
Read: 607

Russia plans to expand its military bases in Syria
Read: 317 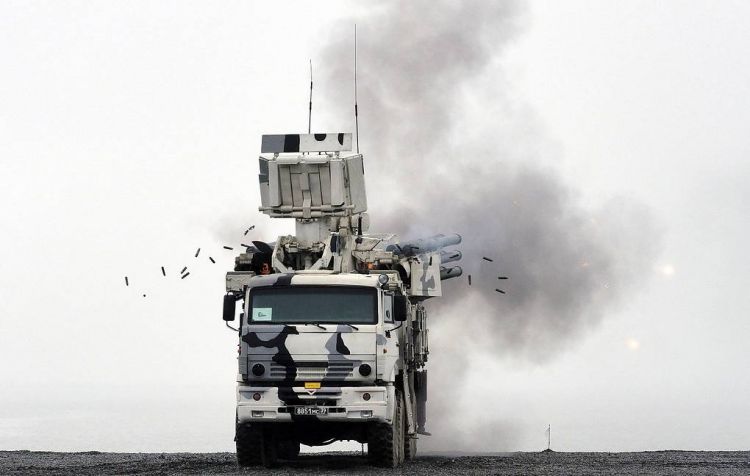 Under the drills’ scenario, a notional enemy employed drones to reconnoiter the positions of S-300 ‘Favorit’ anti-aircraft missile systems that were providing air defense for the Northern Fleet's main naval base, the press office said in a statement.

"The combat teams of Pantsyr-S1 systems detected, identified and notionally destroyed air targets at a safe distance. A quadcopter simulated the hypothetical enemy’s unmanned aviation. It was locked on and ‘eliminated’ by the system’s surface-to-air artillery guns," the statement says.

Such small-size aircraft are frequently used by terrorists for attacks on military facilities, the press office said.

During the drills, the troops also practiced a march aboard their military hardware to the designated area in the conditions of Arctic rough terrain and also conducted an exercise to bring Pantsyr-S1 systems to their operational readiness for eliminating the enemy, it said.

The Pantsyr-S1 can also shield a facility against ground-based and naval threats. The Arctic versions of the Pantsyr-S1 system successfully cope with their combat duty tasks within the Northern Fleet’s tactical groups on the islands of the Arctic Ocean.

The Pantsyr mounted on the truck chassis for greater mobility is armed with two 30mm guns, each of which is capable of firing up to 40 rounds per second, as well as with 12 anti-aircraft missiles.