Turkey will use powerful ‘almost like nuclear’ weapon in Libya | Eurasia Diary - ednews.net

Is there any point in replacing the OSCE Minsk Group with another diplomatic mechanism? - The explanation by Azerbaijani expert
Read: 604

We call on the UN and international community to urge Armenia to refrain from another military aggression - Azerbaijan President
Read: 244

Turkey will use powerful ‘almost like nuclear’ weapon in Libya 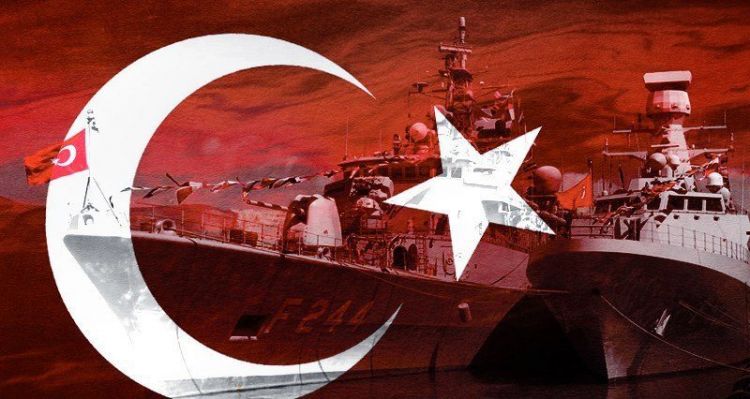 The Turkish government propaganda machine is gaining momentum as the situation in Libya escalates. Statements by officials in Ankara warning the commander of the Libyan National Army (LNA) Marshal Khalif Haftar against “reckless” actions in the form of air strikes against Turkish targets in a North African country are accompanied by publications by experts close to the authorities.

So, today, May 22, the Turkish analyst Ibrahim Karagul writes on the pages of the pro-government newspaper Yeni Şafak about the upcoming “second stage” of the attacks by Turkey and the formations of the Government of National Accord (GNA) supported by it, led by Faiz Saraj against the troops of Haftar.

By such a “second stage”, the author means air raids and shelling from the sea of ​​the command posts of the LNA and the headquarters of the Libyan marshal himself. Moreover, Karagul points to the possibility of using Ankara’s super-powerful weapon in terms of its striking ability, which supposedly is in the arsenals of the Turkish Armed Forces.

“Turkey may start a new type of air operations. This will mean the second phase of the operation in Libya. The second stage will be hitting the Haftar’s headquarters and the LNA facilities in Benghazi and Tobruk (in the east of Libya),” the analyst notes.

He further writes, citing sources in Libya, that “while the United Arab Emirates (UAE) and Haftar are preparing for air raids on Turkey, it itself can strike at Haftar’s headquarters.”

“Turkey’s latest preparations were probably aimed at carrying out major air operations. From this moment, Turkey, in fact, is going to launch attacks on Haftar both from the air and from the sea,” said Karagul.

As Turkey has already achieved success on the Libyan front, he points to the destruction of “fifteen Pantsir-S1” anti-aircraft missile-gun systems that the UAE acquired from Russia and then delivered to Haftar’s forces as a result of drones attacks to combat Turkish and PNS air targets .

In conclusion, he significantly hints at some powerful Ankara weapon that it can use in Libya and which is “like a nuclear one”.