Every Armenian resident of Karabakh will have to take a written oath of allegiance to Azerbaijan - Expert
Read: 632

"Agdam operation was already part of plan, we would have liberated Agdam, anyway" - Azerbaijani President
Read: 309

Leaders of religious confessions in Azerbaijan issued a joint statement on the destruction of our religious monuments in Karabakh.
Read: 279 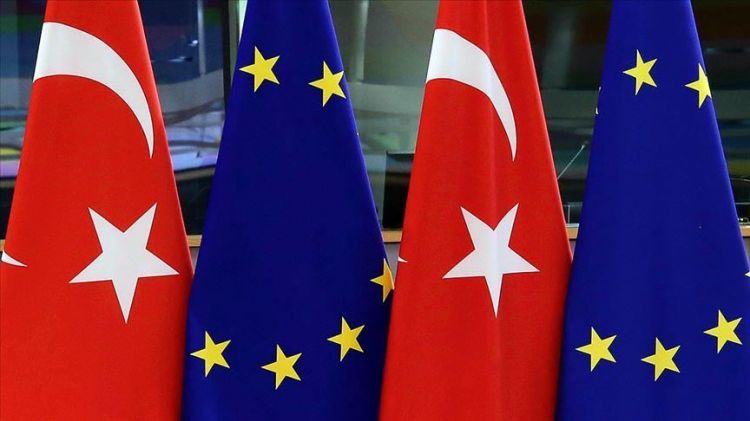 The European Union and Turkey got closer during the fight against novel coronavirus, which claimed hundreds of thousands of lives, a senior Turkish official said Friday, EDNews.net reports citing Anadolu Agency.

“I think coronavirus crisis brought Turkey and the EU closer to each other but also demonstrated what Turkey can do in crisis times for the good and benefit of all of us in Europe,” said Deputy Minister of Foreign Affairs & Director for EU Affairs Ambassador Faruk Kaymakci.

His remarks came during a video discussion with the head of the EU Delegation to Turkey Christian Berger on Turkey’s relations with the 27-member bloc.

The virus increased contact between Turkey and the EU as Turkish and European officials have spoken several times about what can be done to tackle the pandemic, including during a conference in early May attended by Turkish President Recep Tayyip Erdogan, Kaymakci added.

Erdogan told world leaders at the Coronavirus Global Response Summit that any vaccine should be the common property of all of humanity. The EU-hosted conference raised €7.5 billion ($8.2 billion) to help develop a vaccine and treatment.

Turkey applied for EU membership in 1987 and accession talks began in 2005. But negotiations stalled in 2007 due to objections by the Greek Cypriot administration, Germany and France.

Even before the help of EU institutions was available, Turkey was “able to provide some medical assistance to some EU member states as well as some candidate countries,” he said.

-'We need to work together'

Berger said the crisis showed one thing, especially: “We need to work together with our immediate partner and immediate neighbor.”

“This is exactly what we are doing,” he said. “From the early days on there is a consultation mechanism set up where Turkey was taking part.”

He praised the Turkish civil protection mechanism for helping thousands of EU citizens come home from across the world amid the pandemic.

“Now together with Turkey we are organizing flights from Central Asia and South America,” he added.

“And the most important is the conference that we had early May, where Turkey took part, and now the next step is we need to spend this money wisely to foster research to find a vaccine,” he added.

Since first appearing in China last December, the novel coronavirus causing the COVID-19 disease has spread to at least 188 countries and regions.

The US, Russia, Brazil, and several European countries are the hardest-hit in the world