Every Armenian resident of Karabakh will have to take a written oath of allegiance to Azerbaijan - Expert
Read: 469

"According to international law, Nagorno-Karabakh and its territory have been and still are a part of the Republic of Azerbaijan" - Putin
Read: 369

Coronavirus is not a flu, it is a dangerous virus, and hygiene and distance must be observed - Zaur Orucov - VIDEO
Read: 362 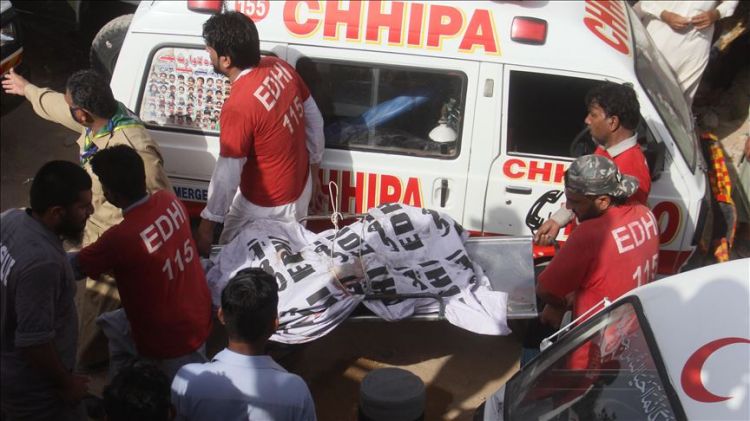 Pakistan International Airlines (PIA) flight PK-8303, traveling from northeastern Lahore, crashed Friday into a residential area near Jinnah International Airport while landing with 99 passengers and crew onboard, the Civil Aviation Authority confirmed in a statement.

The crash occurred days after the resumption of domestic flights following a month-long lockdown imposed to curb the spread of the coronavirus.

Prime Minister Imran Khan ordered an inquiry into the second plane crash since 2016.

Two people, including renowned banker Zafar Masood, are confirmed to have survived the crash. Their conditions were stated as stable by doctors.

Nineteen of the dead have been identified but most bodies are burned beyond recognition, said health officials.

Officials began to collect DNA samples to identify the deceased.

Among the passengers who were headed to celebrate Eid-ul-Fitr, which marks the end of the holy month of Ramadan, included senior journalist Ansar Naqvi.

Rescuers believe only seven people are trapped under the rubble and no one from the area is missing.

Authorities moved dozens of residents to a local hotel after their houses were completely or partially destroyed.