Every Armenian resident of Karabakh will have to take a written oath of allegiance to Azerbaijan - Expert
Read: 465

"According to international law, Nagorno-Karabakh and its territory have been and still are a part of the Republic of Azerbaijan" - Putin
Read: 365

Coronavirus is not a flu, it is a dangerous virus, and hygiene and distance must be observed - Zaur Orucov - VIDEO
Read: 358

Russia confirms readiness to organize meeting of Netanyahu and Abbas 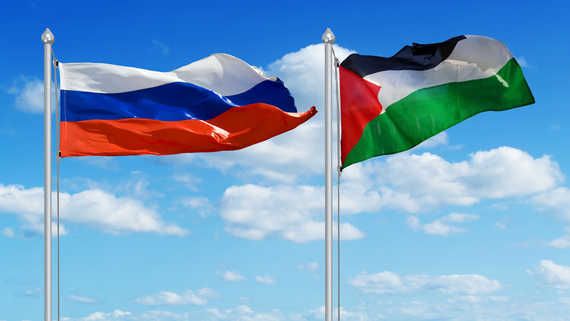 "[Bogdanov] highlighted the actuality of the proposal made by the Russian authorities earlier regarding personal meeting between [Abbas and Netanyahu] without preconditions in Moscow," Russian Foreign Ministry said in a statement Saturday.

During the phone call, the Fateh representative informed Russia about the latest decisions of the Palestinian Authority on Israeli relations.

According to the Ministry, the Russian side confirmed its unwavering position "in support of the lawful rights of the Palestinian people for self-determination, including creation of its own independent state within the 1967 borders with the capital in Eastern Jerusalem that would live in peace and good neighborhood with Israel."

"The Russian side also stated its readiness to continue efforts, including within the Middle Eastern Quartet, to provide cooperation in building a constructive Palestine-Israeli negotiations process, based on the known international legal basis of the Middle Eastern settlement," the Ministry added.

On May 17, Israeli Prime Minister Benjamin Netanyahu announced that time has come to annex a part of Palestinian West Bank territories. In response, Palestinian President Mahmoud Abbas declare on May 19 that Palestine cuts all agreements with Israel and the US, adding that Israel has to bear responsibility for its attempts to annex the occupied Palestinian territories.