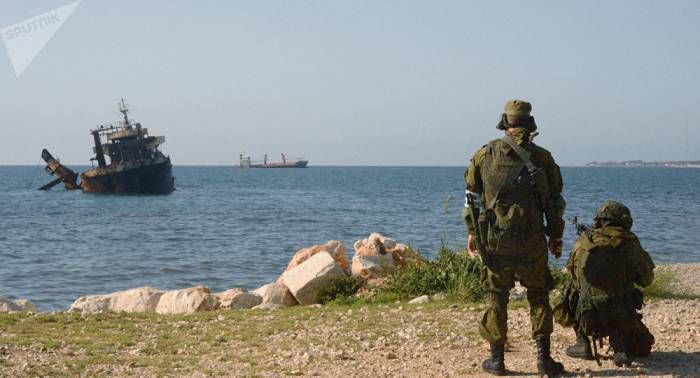 Russian and Syrian military have conducted a joint exercise to protect the port of Tartus, where a Russian naval base is located, against a group of saboteurs, the head of the naval station, Vyacheslav Rodionov, told Russian journalists. EDNews.net reports citing Tass News.

During the exercise, four imaginary saboteur divers were trying to plant a self-made explosive on the seafloor. The Russian counter-terror boat Raptor sailed to the site. Russian and Syrian military destroyed two imaginary saboteurs and two others tried to escape. Russian combat divers dived to catch them and bring them to the shore, where Russian military police officers waited for them. "Saboteur divers were acting together with a group of transgressors who tried to get to the naval base on a high-speed boat. However, they also failed to escape. Another boat, the Kinel, came to the rescue of the Raptor. They closed in the offenders and got them to the shore," Rodionov said.

A state-of-the-art mine-sweeper, Ivan Antonov, ensured the safety of the navigating channel for them, spotting and destroying several mines.