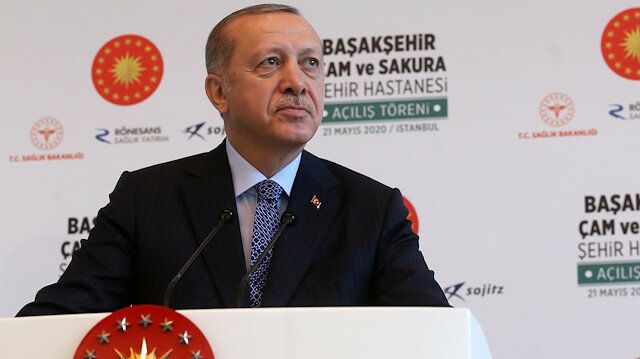 Turkey has successfully managed the course of the novel coronavirus pandemic and is nearing the end of the outbreak, the country's president said on Monday, EDNews.net reports citing Yeni Safak.

"The picture after the normalization steps we took shows that we are on the right track,” said Recep Tayyip Erdogan in remarks for Eid al-Fitr, the Muslim festival that marks the end of the holy month of Ramadan.

Addressing the members of his ruling Justice and Development (AK) Party via video link, Erdogan thanked the public for staying at home during a four-day curfew over the holiday.

Turkey imposed a four-day nationwide curfew during Eid al-Fitr beginning at midnight on Friday to curb the spread of COVID-19, which has claimed over 4,300 lives in the country.

The pandemic has killed over 345,000 people worldwide, with more than 5.43 million confirmed cases, while recoveries are exceeding 2.18 million, according to figures compiled by the US' Johns Hopkins University.