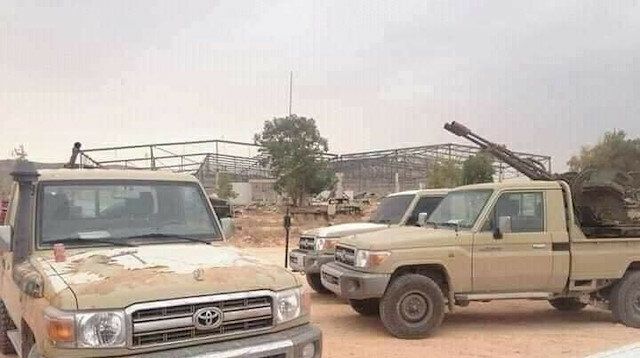 The system was installed near the Koniko gas field occupied by the YPG/PKK terrorist organization in Syria’s oil-rich Deir ez-Zor province.

US forces are planning to deploy a similar system near the al-Omar oil field in Deir ez-Zor in the coming days, the sources added.

Col. Myles B. Caggins, spokesman for the coalition against Daesh, denied claims that the US has air defense systems in Syria.

“More fake news in Syria. No Patriots in Syria,” Caggins said on Twitter on Wednesday.

Last month, the US dispatched hundreds of weapons, ammunition and logistics supplies to oil and gas fields that are under YPG/PKK occupation.

The US has strengthened its presence in the oil fields in Hasakah, Raqqa and Deir ez-Zor provinces.