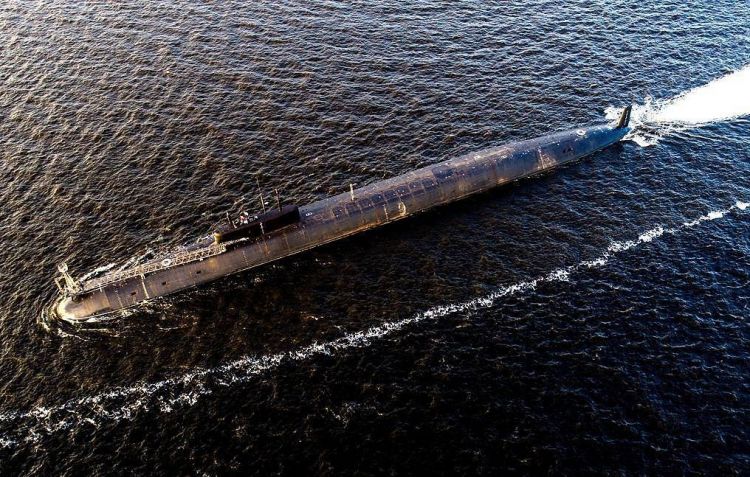 The improved Project 955A (Borei-A) strategic nuclear-powered lead submarine Knyaz Vladimir has been handed over to the Russian Navy, the press office of the United Shipbuilding Corporation reported on Thursday, EDNews.net reports citing TASS.

"Today, on May 28, a ceremony was held at the Sevmash Shipyard (part of the United Shipbuilding Corporation) for signing an acceptance certificate for the strategic missile-carrying underwater cruiser Knyaz Vladimir," the press office said.

"The construction of the nuclear-powered submarine Knyaz Vladimir is a proof that we continue developing the best shipbuilding traditions based on the brilliant work and high responsibility of scientists, designers and shipbuilders," the press office quoted Sevmash CEO Budnichenko as saying.

"This ship is a breakthrough in the category of strategic missile-carrying submarines. The Knyaz Vladimir features far more advanced characteristics," the Sevmash chief executive said.

Submarine commander Captain 1st Rank Druzhin noted that the crew had fully studied and mastered the ship during the sea trials and was ready to start accomplishing assigned missions.

"The official date of its inclusion in the structure of the Navy will be the day when the ceremony of raising the St. Andrew’s [Russian naval] flag takes place for the first time aboard the ship," he said.

The Russian Northern Fleet earlier reported that the latest nuclear-powered submarine had completed its trials in the White Sea and arrived at the Sevmash Shipyard. The Knyaz Vladimir carried out the basic part of its trials, including missile and underwater torpedo firings, in late 2019.

The Knyaz Vladimir is the improved Project 955A strategic missile-carrying underwater cruiser, which represents the fourth generation of nuclear-powered subs built for the Russian Navy. It was floated out in November 2017. According to the data of Russia’s Defense Ministry, the sub Knyaz Vladimir is less noisy and features improved maneuvering, depth and armament control systems.

Four more Borei-A submarines are at various stages of their construction. Also, a contract has been signed for building two more missile-carrying underwater cruisers of this Project. There are also plans to build two more Borei-A subs.

Project 955 and Project 955A submarines have been developed by the Rubin Central Design Bureau for Marine Engineering (part of the United Shipbuilding Corporation). All Borei-class submarines carry 16 Bulava ballistic missiles. They are also furnished with 533mm torpedo tubes. Currently, three Project 955 nuclear-powered missile-carrying subs are operational in the Russian Northern and Pacific Fleets.