Russian T-14 Armata tank could be transformed into nuclear weapon - US
Read: 796 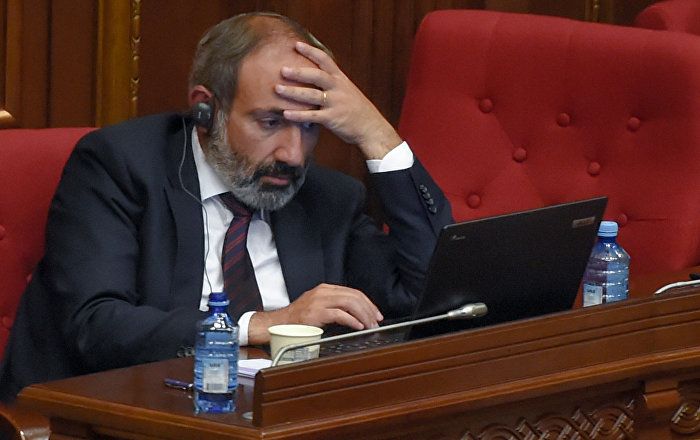 "On the 23rd of the month, (the former Head of Intelligence Department) General Arshak Karapetyan secretly went on a business trip to Voronezh," he said.

According to him, since there is both a state of emergency in Armenia and Russia, General Karapetyan could not leave Armenia and cross the Russian border for a private visit, "so he went as a state official, and there is nothing about it on the government's website."

He went by the secret or verbal order of the Prime Minister, Minasyan noted.

“Nikol Pashinyan directly, together with a Davit Galstyan, are engaged in international arms trade. General Karapetyan left for Moscow to negotiate with the officials of the Russian Ministry of Defense to cover this scandal directly relating to Armenia’s security,” Minasyan said.

The ex-ambassador said that for not ruining the relations with Armenia, as Armenia for them is not Nikol Pashinyan, Russia “decided to punish the mafiosies in their way: they declared Davit Galstyan persona non grata and banned his entrance to Russia for ten years, depriving Armenia’s monopolist of an opportunity to buy weapon from the Russian Federation,” Minasyan said.

Minasyan also noted that Nikol Pashinyan has attracted Armenia to the black market for the international arms trade.

According to Minasyan, Pashinyan is ready to do everything for money and power.

"That's why he tried to reach an agreement with our two biggest enemies to strengthen and seize power," he said adding: "Nikol Pashinyan does not respect the Armenian people, does not respect human life."