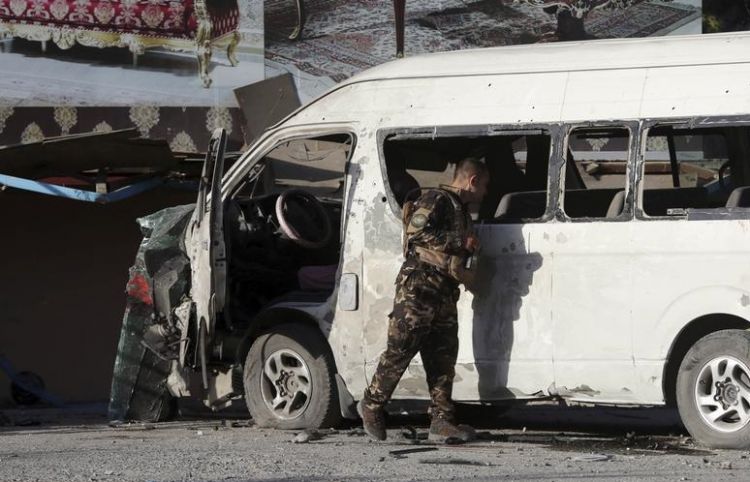 A minibus carrying employees of a local television station was hit by a roadside bomb blast in Kabul on Saturday, leaving two people dead and seven injured. The "Islamic State" group has claimed responsibility for the attack, EDNews.net reports citing Deutsche Welle.

"Our colleagues Mir Wahed Shah, an economic reporter, and Shafiq Amiri, an employee in the technical department, were martyred in the incident," said Mohammad Rafi Rafiq Sediqi, chief executive of the Khurshid TV station.

Saturday marked Khurshid TV and Radio's eighth anniversary. The attack came soon after a truce that was put in effect for the three-day Muslim holiday of Eid al-Fitr by the Taliban and Afghan national security forces. The truce ended on Tuesday.

"Islamic State," which has claimed some of the deadliest attacks in Afghanistan in recent years, has been engaged in conflict with government forces as well as Taliban militants.

A recent fall in violence has increased hope for Afghanistan's peace process, which seemed to be on the brink after Taliban violence soared in the months following a deal signed with the United States in February.