Russian T-14 Armata tank could be transformed into nuclear weapon - US
Read: 790

Ex-PM Medvedev speaks about his relations with Putin
Read: 739 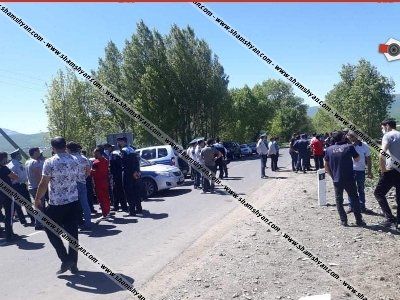 Protests were taking place in Armenia's Lori on Sunday as residents were unhappy with the commandant’s decision, EDNews.net reports citing News.am.

Early in the morning, numerous citizens who wished to get to the chapel encountered a police post.

Residents of nearby villages also expressed dissatisfaction in an interview with SHAMSHYAN.com.

“We made money by selling candles and souvenirs at the chapel, today the police arrived and blocked the roads," one of the residents said.

In an interview with Armenian News-NEWS.am, the head of the village administration of Hartagyugh Andranik Harutyunyan said that the protest rally has already stopped, he urged residents and pilgrims to return home and adhere to the commandant’s orders.