Russian T-14 Armata tank could be transformed into nuclear weapon - US
Read: 969

What does withdrawal of US troops from Iraq mean? - American military expert explains
Read: 535

US, Russia finalize planning for space security exchange at end of July
Read: 511 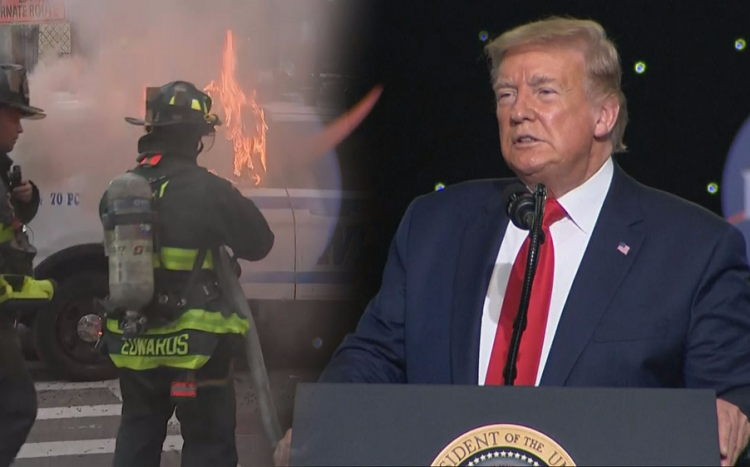 The protests against racism sparked over the capital of the United States and the rioters raged to the White House, EDNews.net reports citing Fox News.

The US President Donald Trump spent Friday night in the bunker of White House.

The show of fury was sparked by the death of George Floyd, an unarmed black man whose throat was constricted by a white policeman's knee. City after city Sunday imposed curfews after days of protests and looting, even as the country tentatively tries to open up after weeks of coronavirus stay-at-home orders.

Additionally, entire Washington, D.C. National Guard is being called in to help with the response to protests outside the White House and elsewhere in the nation’s capital, according to two Defense Department officials. Washington Mayor Muriel Bowser said Sunday that she had requested 500 DC Guardsman to assist local law enforcement. Later on Sunday, as the protests escalated, Army Secretary Ryan McCarthy ordered the rest of the Guardsman — roughly 1,200 soldiers — to report.