Russian T-14 Armata tank could be transformed into nuclear weapon - US
Read: 985

What does withdrawal of US troops from Iraq mean? - American military expert explains
Read: 547

US, Russia finalize planning for space security exchange at end of July
Read: 524 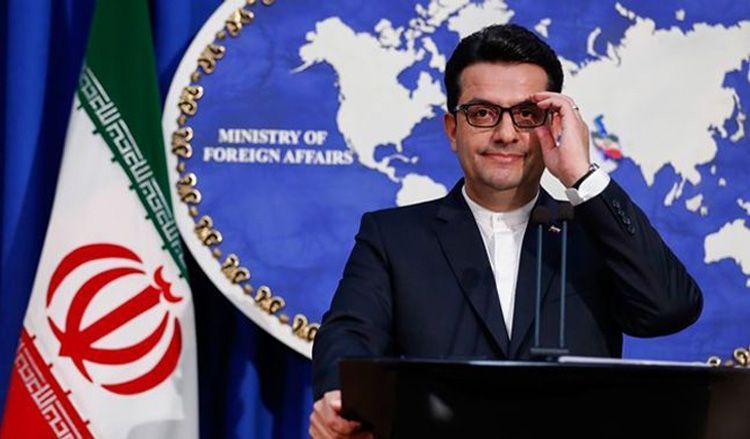 Spokesman for the Iranian Foreign Ministry announced here on Monday that world has stood by the American people and heard their voice of oppression, EDNews.net reports citing IRNA.

Abbas Mousavi made the remarks at his weekly press briefing.

The US regime is following aggression and bullying simultaneously in and outside the United States, Mousavi said.

The spokesman expressed regret over the violence the US police perpetrated while being watched by the world people.

He further said the US police crackdown against the peaceful demonstrations of the people seeking a halt to the police aggressive conducts are unlawful.

The spokesman urged the US police and administration to stop oppression and aggressive conducts against its people and let them breathe.

In recent days, American people poured into streets to protest against death of George Floyd - a black man who was unarmed and died in hands of the police putting pressure on his throat until he chocked.

"To the American people: The world has got heard your outcry over the state of oppression.

"The world is standing with you.

"The American regime is pursuing violence and bullying at home and abroad.

"We're greatly regretful to see along with the people across the world the violent scenes the US police has recently unfolded.

"We deeply regret to see the American people, who peacefully seek respect and no more violence, are suppressed indiscriminately and met with utmost violence."

Addressing the American officials and police, the spokesman said: "Stop violence against your people and let them breathe."