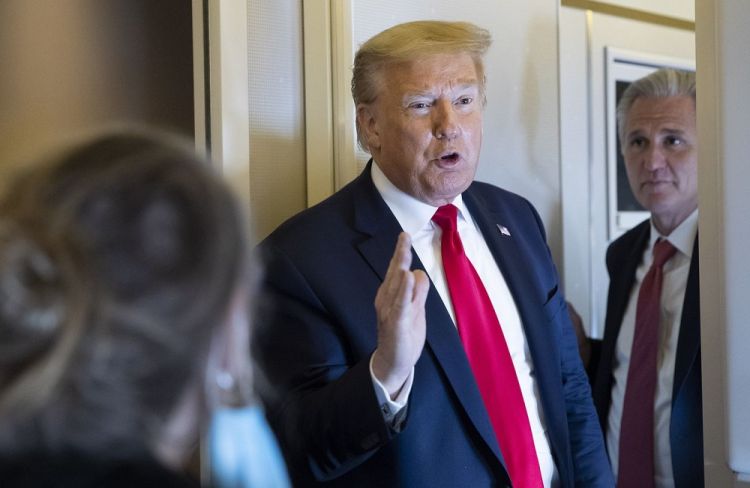 Protests over his death have turned violent, prompting major cities to impose curfews.

The National Guard - the US reserve military force for domestic emergencies - had been deployed in 15 states to help police forces deal with the unrest.

In Minneapolis, where Mr Floyd died on Monday after a white police officer put his knee on his neck for more than eight minutes, there have been five nights of arson and looting.

US officials have given contrasting explanations for who is responsible for the riots, with some suggesting outside groups and individuals were involved.

The United States of America will be designating ANTIFA as a Terrorist Organization.

The president did not specify how or when he intends to designate Antifa as a terrorist organisation.

There are ways the Trump administration can designate individuals or groups as foreign terrorists, including legislation and an executive order.

But legal experts have questioned whether Mr Trump has the authority to label Antifa a "domestic terrorist organisation".

"Any attempt at such a designation would raise significant First Amendment concerns," Ms McCord added, referring to the constitutional right to freedom of speech, religion and assembly.