Russian T-14 Armata tank could be transformed into nuclear weapon - US
Read: 975 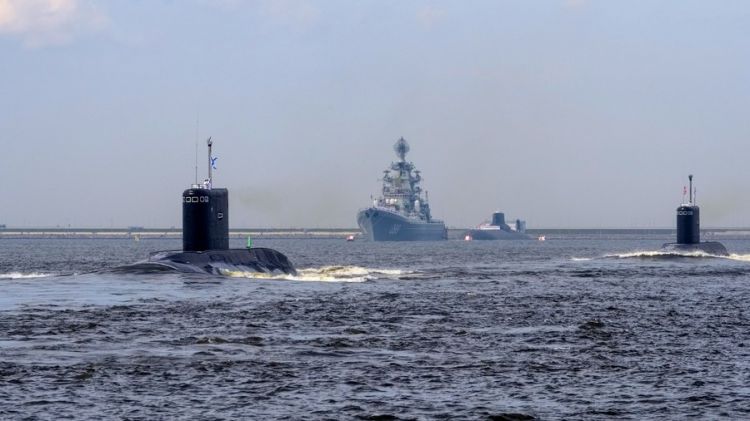 Russia’s Northern Fleet will carry out major drills in the Barents and Norwegian Seas this month, with more than 30 ships planned to be involved, Commander of the Northern Fleet, Vice Admiral Alexander Moiseyev, has announced. EDNews.net reports citing Sputnik.

"In June, a large-scale campaign will take place, during which a set of tasks will be worked out, solved by various groups of land and naval forces. It will involve more than 30 surface ships, submarines and support vessels, more than 20 aircraft of various types", Moiseyev said in an interview with Krasnaya Zvezda, the official newspaper of the Russian Defence Ministry.
The Commander specified that a major part of the drills will take place in the Barents Sea, but some parts of the exercise will be completed in the Norwegian Sea.
"All actions of our forces are planned to take into consideration the international situation, are defensive in nature, and are not directed against anyone", Moiseyev said.
He added that Russia’s Northern Fleet and the Russian Geographical Society will carry out their third joint Arctic expedition this year. It will include an underwater search for a number of historical objects.
By the end of the year, ground and coastal forces of the fleet will get over 180 units of weapons and military equipment adapted for use in the harsh conditions of the Arctic. The testing of new weapons, including hypersonic ones, will allow to qualitatively increase the combat potential of the Northern Fleet", Moiseyev said.
According to the Northern Fleet commander, the air defence of the Russian segment of the Arctic is being improved and the Northern Sea Route is under reliable protection. On the Novaya Zemlya archipelago, the most advanced S-400 Triumph air defense systems are on combat duty, Moiseyev said.