Russian T-14 Armata tank could be transformed into nuclear weapon - US
Read: 794

Turkmen citizens hold another rally against Turkmen authorities in Turkey 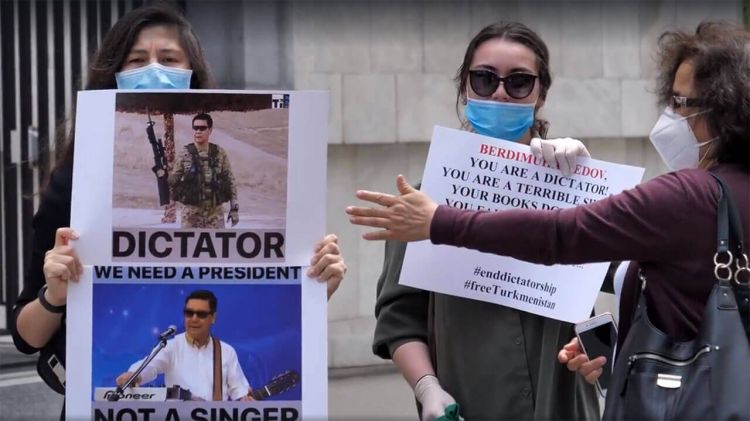 On 29 May, 2020 Turkmenistan nationals organized another act of protest in Istanbul. The protestors holding picket signs and chanting “Down with Haramdag!” first headed to the Embassy of Turkmenistan, where the police officers with shields requested they do not block the road, Chronicles of Turkmenistan reports.

The outraged protestors headed to a nearby park to talk about their problems and requested that the President step down.

The rally participants were discontent by the fact that the authorities are rendering no support to its residents affected by the hurricane but instead are sending humanitarian aid to Afghanistan and Russia.

One of the participants said that he is an uncle of a conscript Seidulla Rasulov, who had died as a result of hazing in the army and demanded that those responsible in his death be identified.