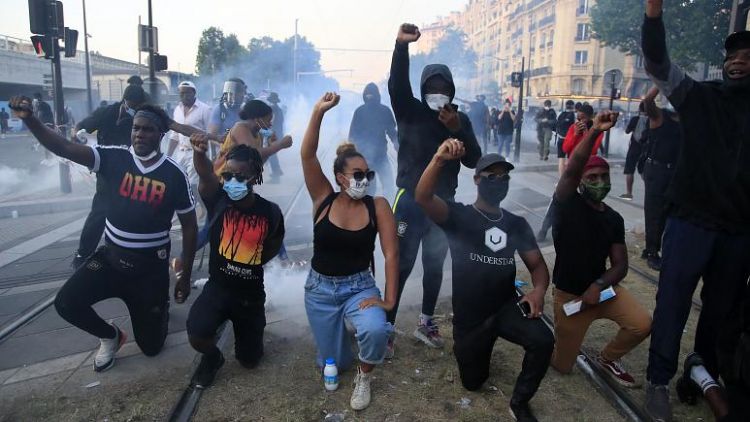 The protest began peacefully at a courthouse in Paris as thousands gathered amidst global outrage over the death of George Floyd in the United States.

Protests against racism and police violence have spread throughout US cities in the past week and recently have come to several European countries including the UK, Germany, and the Netherlands.

Tensions escalated at a similar protest in Marseille and several hundred people who gathered in Lyon were dispersed by tear gas, according to a protester present at the event.

Protests have escalated worldwide in solidarity with US demonstrators.

The European Union's top foreign policy chief Josep Borrell said the EU was "shocked and appalled" by the death of Floyd.