Russia is challenging US and NATO with unique armaments of the Su-57 fighter
Read: 568 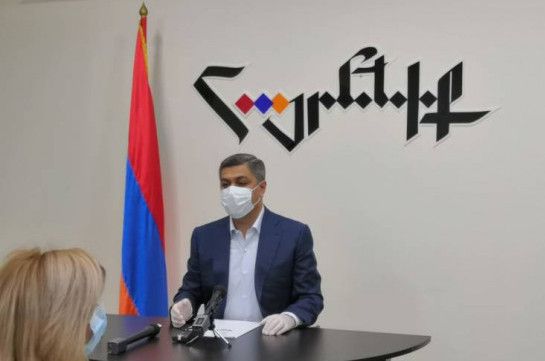 Former director of Armenia’s National Security Service, president of Hayrenik party Artur Vanetsyan said a decision has been made to have offices of the party in all the provinces to be able to contact with the citizens as much as possible, EDNews.net reports citing Aysor.

Speaking after the opening of the party’s office in Vanadzor, Vanetsyan said he has never thought of being engaged in politics and heading a party, Hraparak said.

“Our homeland, our state are in extremely bad situation. We must be able to heal the political field with new ideas. The problem of this authorities is that they do not accept any criticism. When someone says anything they immediately start saying that this person is implementing an order. I have not been sacked, I have resigned, it is necessary to be attentive in formulations,” he said.

Vanetsyan also stressed that the authorities point to the 43 billion returned to the budget which though was returned while he was in office after his resignation nothing was returned.

“Yes, I had some flaws but I don’t have the ones that will make me feel ashamed,” Vanetsyan stressed.

The former official said that the prime minister must resign.

“Pashinyan must resign, as what currently happens in the country is a disaster which will from day to day bring to more severe consequences,” Vanetsyan said.