US armored vehicles ‘pursued’ the Russian convoy in Syria 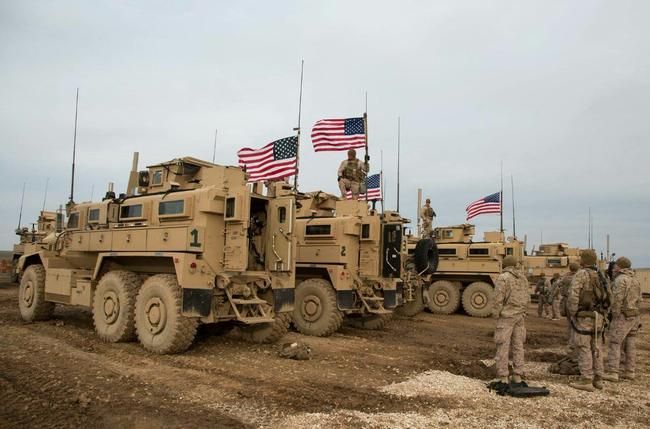 The US military “pursued” the Russian column in the Syrian province of Al-Hasakah, after which negotiations were held between the parties, EDNews.net reports citing Bulgarian Military News.

An American convoy of armored vehicles was attached to the convoy of the military police of the Russian Federation, who was traveling to the village of Kasr al-Dib in the Al-Hasakah province to fulfill the assigned tasks, and continued to follow the Russian military. This is stated in the message of the Telegram channel WarJournal, reports BulgarianMilitary.com.

On one of the sections of the route, the Russian side decided to stop the movement of the column in order to negotiate with the “pursuers”.

After a brief conversation, Russian troops continued to move, while the American convoy remained in place. In turn, the Military Observer Telegram channel reports that the Russian military has equipped a new observation post north of the city of Al-Malikiya, Hasek province.

On May 24, it was reported that the US military blocked the patrol of the Russian military police near the city of Tel Tamr. The published footage showed how two armored vehicles of American troops block the road without missing a Russian convoy. This year, media have repeatedly reported on similar incidents involving Russian and US military in the SAR. So, in February, the US military did not miss the Russian patrol on the M4 highway, moving in the direction of Amuda.

Syrian President Bashar al-Assad later said that if the US and Turkish military did not leave the country, Damascus would be able to use force.

The reason for the Russian-Turkish negotiations was a sharp aggravation of the situation in Idlib, where in January a large-scale offensive by the Syrian army against the positions of the armed opposition and terrorists began.

Government forces recaptured nearly half of the Idlib de-escalation zone and left behind a number of Turkish observation posts. After that, Ankara sharply increased its military contingent in the region and launched the operation “Spring Shield” to push the Syrian troops. Turkey is also supported by militants loyal to it.