Get your knee off our necks - activist Sharpton says at Floyd memorial | Eurasia Diary - ednews.net

Ex-PM Medvedev speaks about his relations with Putin
Read: 460 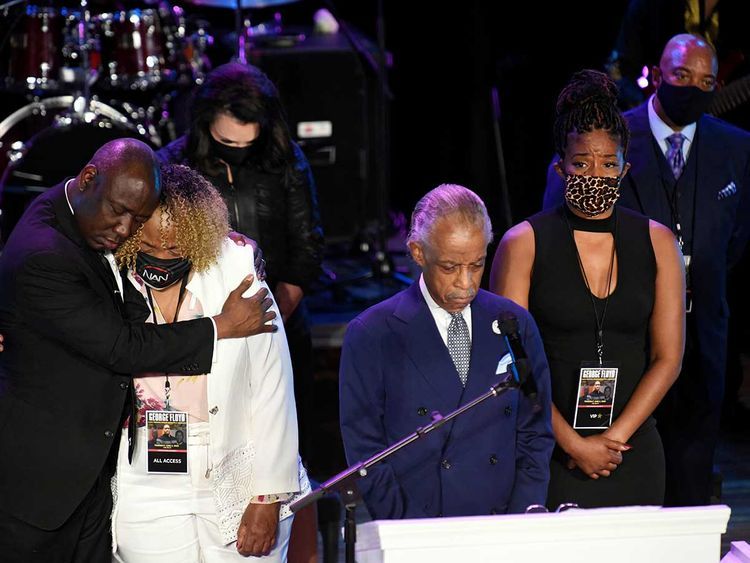 U.S. civil rights activist the Rev. Al Sharpton told mourners that George Floyd’s death in police custody and the nationwide protests it ignited marked a reckoning for America over race and justice, demanding, “Get your knee off our necks”, EDNews.net reports citing Reuters.

Memorial tributes to Floyd in Minneapolis, where he was killed on May 25, and in the New York borough of Brooklyn, a major flashpoint for demonstrations, came as protesters returned to the streets of several cities for a 10th straight day on Thursday, including Atlanta, Washington, Denver, Detroit and Los Angeles.

The largely peaceful protests waned into Friday morning and emergency curfews in many cities including Los Angeles were lifted.

Delivering the eulogy at a memorial service at a university chapel in Minneapolis, Sharpton said Floyd’s death at the hands of police, pinned to the ground under the knee of a white officer, symbolized a universal experience of police brutality for African Americans.

“George Floyd should not be among the deceased. He did not die of common health conditions. He died of a common American criminal justice malfunction,” Sharpton said.

“It’s time for us to stand up in George’s name and say, ‘Get your knee off our necks.’”

Sharpton led mourners in eight minutes and 46 seconds of silence, the amount of time Floyd lay on a Minneapolis street with the officer’s knee pressed into his neck.

A string of memorial services are expected to stretch across six days and three states. A funeral is planned for Tuesday.

The nationwide protests were for the most part orderly on Thursday, in contrast to several previous nights punctuated by sporadic arson, looting and clashes between protesters and police and the mobilization of the National Guard in several states.