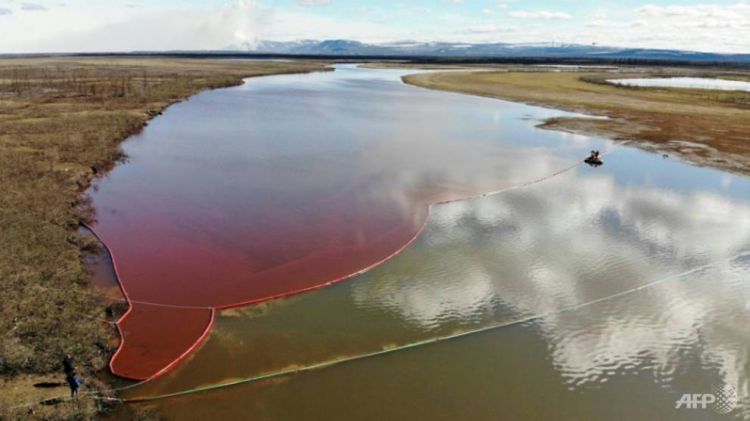 Russia has managed to contain a massive diesel spill into a river in the Arctic, a spokeswoman for the emergencies ministry told AFP on Friday, EDNews.net reports citing AFP.

"We have stopped the spread of the petroleum products," the spokeswoman for the taskforce in charge of the accident clean-up said.

"They are contained in all directions, they are not going anywhere now."

Environmentalists said the oil spill, which took place last Friday, was the worst such accident ever in the Arctic region.

The accident happened when a diesel reservoir collapsed at a power station outside the northern Siberian city of Norilsk.

It caused 15,000 tonnes of fuel to leak into a river and 6,000 tonnes into the soil, according to Russia's state environmental watchdog.

The power plant is owned by a subsidiary of Russian metals giant Norilsk Nickel.

President Vladimir Putin has ordered a state of emergency to deal with the disaster and Emergencies Minister Yevgeny Zinichev flew in to manage the clean-up operation that currently involves around 100 people.

Zinichev was set to report back to Putin later Friday.

Greenpeace Russia said it was the "first accident of such a scale in the Arctic" and comparable to the Exxon Valdez disaster off the coast of Alaska in 1989.

The Ambarnaya River, which is affected by the spill, feeds into Lake Pyasino, a major body of water and the source of the Pyasina River that is vitally important to the entire Taimyr peninsula.

The clean-up operation placed oil containment booms in the Ambarnaya River to stop the diesel fuel going into the lake and was using special devices to skim off the fuel.

The emergencies ministry spokeswoman said that "we managed to stop (the spread) thanks to the booms".

The ministry said Friday it had removed more than 200 tonnes of the fuel.