India is ready to abandon the Su-57 and focus on buying the American F-35s
Read: 704 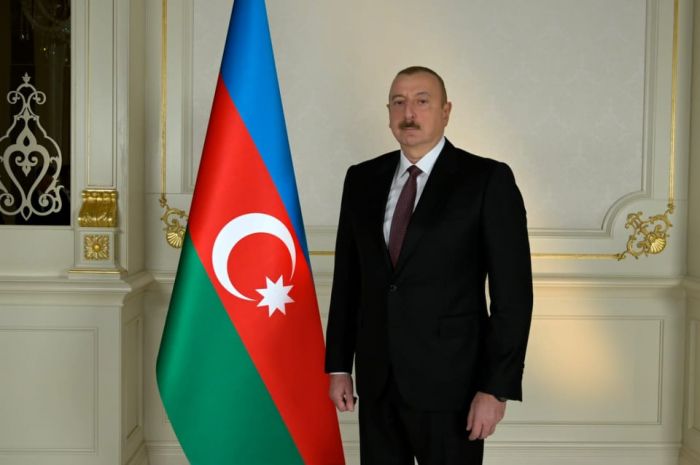 Since the outbreak of the COVID-19 pandemic in the world, the Republic of Azerbaijan under the leadership of President Ilham Aliyev has been putting forward the necessary initiatives and taking tangible steps to strengthen international solidarity in the fight against coronavirus at the regional and global levels,” Assistant to the President of Azerbaijan, Head of the Department of Foreign Policy Affairs of the Presidential Administration Hikmat Hajiyev said, Trend reports.

Hikmat Hajiyev noted that the pandemic had not only created serious health problems that endanger people's lives, but also created devastating global socioeconomic and humanitarian threats, the negative consequences of which will be felt for a long time. In the circumstances of the COVID-19 pandemic that is comparable to World War II, there is a greater need for global solidarity and global vision than for measures of self-isolation and fragmentary events. To this end, an extraordinary summit of the heads of state and government of the Cooperation Council of Turkic-Speaking States was held on the initiative of President Ilham Aliyev as chairman of the organization in April. The Turkish Council was the first international organization to hold a summit on the fight against COVID-19.

The assistant to the President stressed that the Republic of Azerbaijan had made a donation to the World Health Organization as an example of global solidarity in the fight against COVID-19, and also provided humanitarian assistance to more than 30 countries.

As an example of global solidarity, President Ilham Aliyev suggested in his remarks at the Non-Aligned Movement's online summit that a special video conference of the UN General Assembly be held at the level of heads of state and government to combat the pandemic.

The proposal was unanimously agreed by 120 non-aligned countries in New York. After that, the chairman of the Non-Aligned Movement and President of Azerbaijan Ilham Aliyev sent an appeal to UN Secretary General Antonio Guterres on behalf of the Non-Aligned Movement with a proposal to hold a special session of the UN General Assembly at the level of heads of state and government in the format of a video conference. On 28 May, the UN Secretary-General appealed to all member states in accordance with Article 9 (a) of the General Assembly's Rules of Procedure, asking them to respond to the initiative within 30 days, i.e. by 27 June.

Hikmat Hajiyev noted that the support by about 130 UN member states for the initiative of President Ilham Aliyev acting in the status of Chairman of the Non-Aligned Movement to hold a special session of the General Assembly is further evidence of the great confidence in Azerbaijan on the part of the international community.

The countries that have supported the initiative represent all regions of the world. They range from permanent members of the UN Security Council to small island nations. The letters sent from such states to the UN Secretary General in relation to this issue emphasize that President Ilham Aliyev's initiative to hold a special session of the General Assembly is very timely and appropriate.