Information spread by Armenia about alleged firing and fighting in several directions has no basis - MoD
Read: 229

Putin believes Russia will get over crisis reminding history 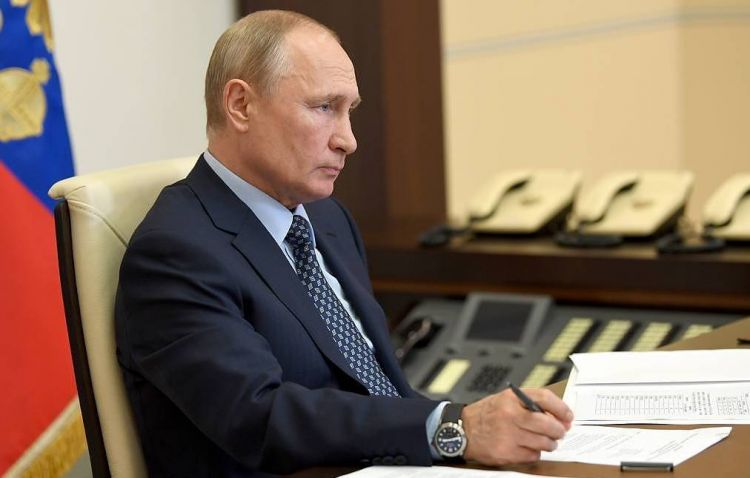 Russian President Vladimir Putin has said he is convinced the country will get over the coronavirus-triggered crisis with minimal losses, EDNews.net reports citing TASS.

"I think Russia will be able to get over everything, to cope with everything and survive. The question is the price of it," he said in an interview with the Moscow. Kremlin. Putin program on the Rossiya-1 television channel on Sunday when asked whether Russia could have withstood such a crisis should it happen twenty years ago.

"Looking back at the 1990s, well, it was a difficult time. In the 1990s, we received humanitarian aid not because of any man-induced disasters or any natural calamities, but as the world’s poorest nation, to help people stay alive, not to lev them die of hunger. This is how we lived," the president recalled, adding that back then Russia had been unable to "pay wages without foreign loans." "And wages were not paid for months, even to the military," he noted.

"Our GDP doubled in a period from 1999 to 2019. It means the economy grew two-fold. Inflation was 2,600%, even in 1997, when the first signs of GDP growth only emerged, inflation was eleven percent. Now we had three last year," he stressed.

"Even in the current conditions we set a task of four percent and, most likely, we will have around four percent," he stressed. "It is an absolutely different thing."

He recalled about current allowances to families with children, allowances to support the economy and pandemic-affected sectors. "Where does the money come from? It comes from our reserves, from the budget possibilities," he emphasized.

"What were the budget possibilities back in the 1990s or the early 2000s? We had a chronic shortfall, with wages and pensions being delayed for months," the president recalled. "Over these years, our reserves have grown 50-fold."

As an example, he cited the situation in the agrarian sector, which "nearly collapsed" twenty years ago. "And now, our exports stood at nearly 25 billion US dollars last year. It was hardly ever imaginable back then," Putin said.

Moreover, in his words, industrial growth was 90% and processing industries more than doubles their production.

"Well, a lot is yet to be done to diversify the economy but it is already being done. As a matter of fact, this is a different country. What we have done in the recent years inspires hope that we will be able to get over this situation with minimal losses," Putin stressed.