India is ready to abandon the Su-57 and focus on buying the American F-35s
Read: 709

Tural Ganjaliyev joined online conference on the theme of fight against terrorism and radical extremism during pandemic
Read: 443 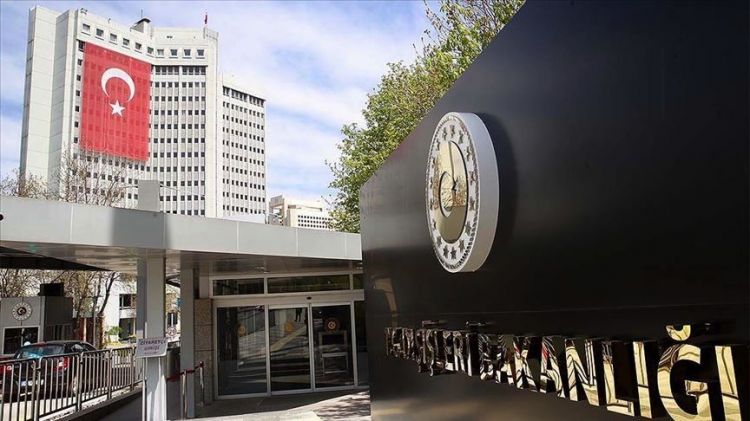 Turkey on Monday said it would summon the Austrian ambassador in Ankara over "completely unacceptable" demonstrations held by affiliates of the PKK terror group in the European country's capital Vienna, EDNews.net reports citing Anadolu Agency.

The Turkish Foreign Ministry said in a written statement that demonstrations held by the terror group and its sympathizers were "a new manifestation of insincerity in the fight against terrorism."

Ankara also denounced the "harsh intervention" against people of Turkish origin by Austrian security forces, which led to injuries and damage to some Turkish properties. It said that ensuring public order and preventing violence could be achieved by correctly fighting against terrorism.

"We urge the Austrian authorities to fight properly PKK which is recognized as a terrorist organization by the EU, and not to make of the issue material for populist politics."

The statement concluded that the Austrian ambassador to Turkey would be summoned to the Turkish Foreign Ministry to convey its concerns regarding the organization of pro-PKK demonstrations and violence against Turkish people in the country.

In its more than 30-year terror campaign against Turkey, the PKK -- listed as a terrorist organization by Turkey, the US and the EU – has been responsible for the deaths of nearly 40,000 people, including many women, children and infants.