Pentagon says it has no facts to confirm media reports about Russia and Taliban | Eurasia Diary - ednews.net 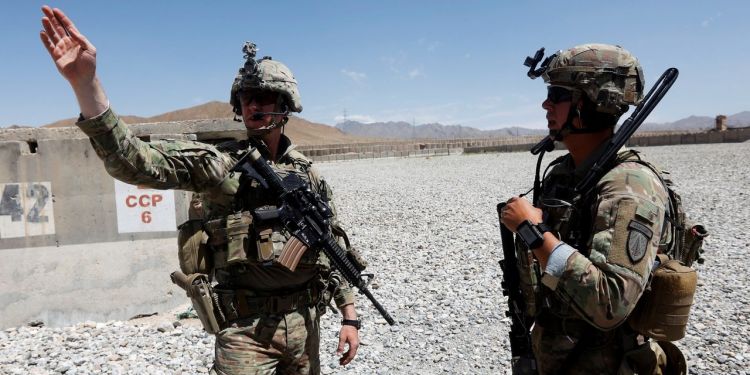 The US Department of Defense has no facts to confirm media reports of Russia’s alleged attempts to offer Afghan militants a bounty for killing US soldiers in Afghanistan, Chief Pentagon Spokesman Jonathan Hoffman said in a statement, EDNews.net reports citing Tass News.

"The Department of Defense continues to evaluate intelligence that Russian GRU operatives were engaged in malign activity against United States and coalition forces in Afghanistan," the statement says. "To date, DOD has no corroborating evidence to validate the recent allegations found in open-source reports."

On June 26, The New York Times claimed that an unidentified unit of the Russian military intelligence encouraged Taliban militants to attack military personnel of the international coalition in Afghanistan. The newspaper alleged that these conclusions of American intelligence services were presented for Trump’s judgment a few months ago, while the White House National Security Council discussed the topic in late March. In turn, Trump revealed that he had not been briefed about any such attacks in Afghanistan. On Sunday, he took to Twitter to announce that the US intelligence did not find this information credible, slamming The New York Times report as "possibly another fabricated Russia Hoax, maybe by the Fake News" meant to tarnish the Republicans’ reputation.

On Monday, Kremlin spokesman Dmitry Peskov blasted the reports as lies and an elaborate hoax. The Russian Foreign Ministry also dismissed the allegations.