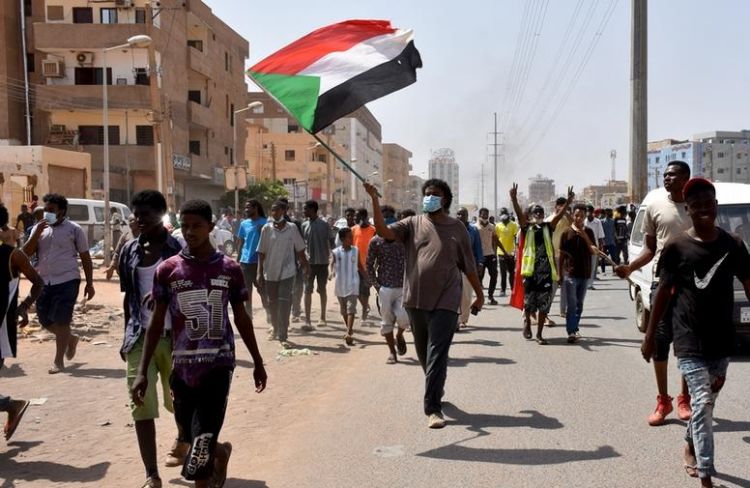 Tens of thousands demonstrated on Tuesday in Sudanese cities despite a coronavirus lockdown to demand greater civilian rule in the transition towards democracy after the ouster of veteran strongman Omar al-Bashir last year. Waving Sudanese flags, protesters gathered in Khartoum and its twin cities Khartoum North and Omdurman after the government closed roads and bridges leading to the center of the capital, EDNews.net reports citing Deutsche Welle.

Similar protests took also place in Kassala in eastern Sudan and in the restive region of Darfur. They chanted "freedom, peace and justice", the slogan of the anti-Bashir movement. Some protesters blocked streets with burning tyres. "Our demands are peace... and justice. We call for economic reform and appointment of civilian governors to states," a protester in Burri, east of Khartoum, told AFP news agency. "This march is to put the revolution back on course."

Bashir was ousted by the military in April 2019 following months-long mass protests against his 30-year rule, in an uprising triggered by economic hardship. Many on Tuesday chanted the catchphrase of anti-Bashir protests: "Freedom, peace and justice."