Lithuanian journalist who witnessed the bloody tragedy - "All this was a plan aimed at the Armenian occupation"
Read: 882

The bravery of those who sacrificed their lives on 20 January for independence should never be forgotten - British journalist
Read: 458

Turkish expert - "Otherwise they know well of the state they will stand against" - VIDEO
Read: 215 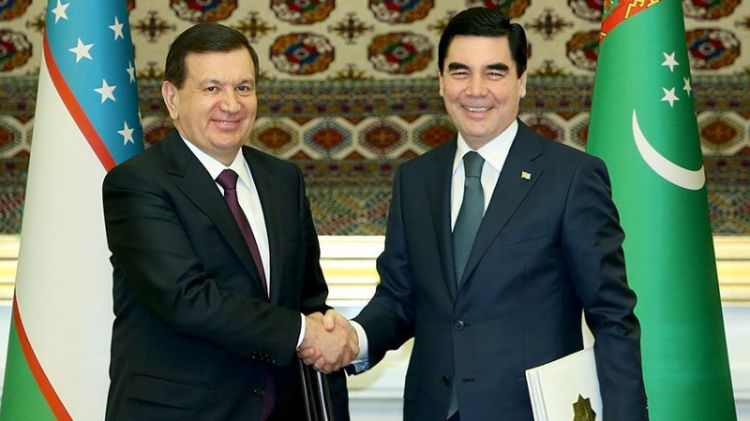 This issue was discussed during a telephone conversation that was held between the President of Turkmenistan Gurbanguly Berdimuhamedov and President of Uzbekistan Shavkat Mirziyoyev.

The sides noted the dynamics of trade and economic relations.

In particular, the presidents attach importance to strengthening cooperation within international organizations, including the Commonwealth of Independent States (CIS)

The head of Uzbekistan congratulated the head of Turkmenistan on his birthday and noted that the Uzbek side attaches special importance to the development of cooperation with Turkmenistan.

Earlier, a meeting was held between the deputy foreign ministers of the two countries. During this meeting, representatives of Turkmenistan and Uzbekistan said that they intend to improve import and export procedures. The current state and prospects of cooperation in the energy and water sectors were also discussed.