US blocked major arms deals with Turkey, including the F-16 modernization
Read: 752

“Armenia once again demonstrates that it cannot live in peace with its neighbors” - Azerbaijani Presidential aide
Read: 750

'I want to thank all the young people in this country!' - UNICEF Representative to Azerbaijan on International Youth Day - VIDEO
Read: 730

'She is more than prepared for the job' - Democrats hail Kamala Harris as VP pick
Read: 560 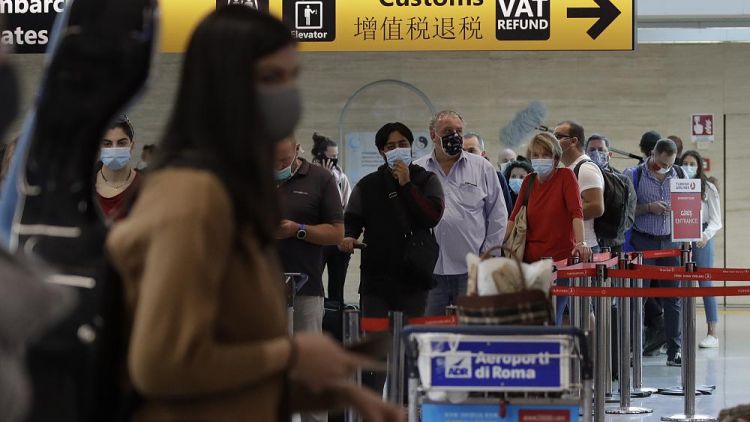 The European Union has decided to reopen its borders to Georgia as from July 1, EDNews.net reports citing Vestnik Kavkaza.

Georgian Prime Minister Giorgi Gakharia said the EU’s decision to include Georgia in the list of ‘green countries’ is ‘yet more proof’ of close partnership.

Calling it an ‘important achievement’ Gakharia said "it is the recognition of the success" of Georgia, Georgian people and its government in the fight against the coronavirus pandemic.

Gakharia said now the Georgian officials will continue active consultations with each EU-member state to ensure safety of flights for Georgian citizens.

On behalf of the Georgian people I would like to thank the EU for its recognition, trust and strategic partnership”, Gakharia wrote on Facebook.

Foreign Minister David Zalkaliani also noted that the EU’s decision to reopen its skies to Georgian citizens builds up Georgia’s image ‘as one of the world's safest countries’.

EU Ambassador to Georgia Carl Hartzell has also welcomed Georgia’s inclusion among the countries to which the European Union will reopen its borders tomorrow, on July 1.

The total number of COVID-19 cases in Georgia reached 931, 795 patients have recovered, while 15 others have died. As of today 121 people remain infected with COVID-19.