“Armenia once again demonstrates that it cannot live in peace with its neighbors” - Azerbaijani Presidential aide
Read: 747

US blocked major arms deals with Turkey, including the F-16 modernization
Read: 747

'I want to thank all the young people in this country!' - UNICEF Representative to Azerbaijan on International Youth Day - VIDEO
Read: 727

'She is more than prepared for the job' - Democrats hail Kamala Harris as VP pick
Read: 559 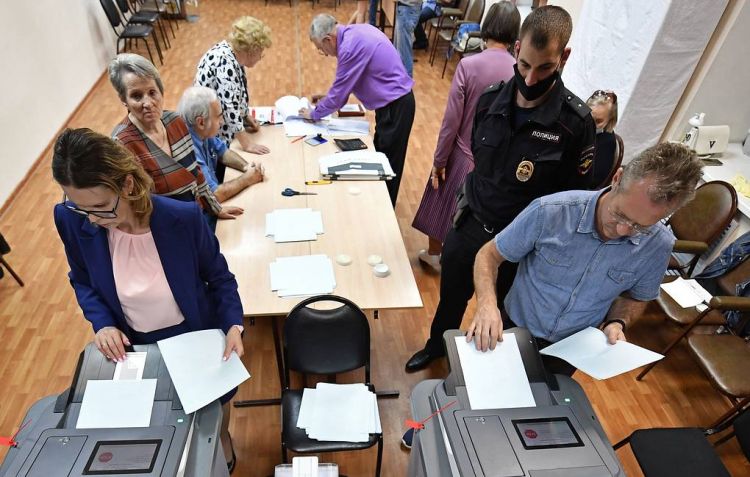 About 78.03% of Russians have voted in support of constitutional amendments, as follows from the data from the Central Election Commission (CEC) after counting 99.02% of ballots, EDNews.net reports citing TASS.

The nationwide voting on constitutional amendments ended in Russia at 21:00 Moscow time. Voting started in Russia on June 25. The official voting day under the presidential decree was July 1 but due to the coronavirus situation the voting period was extended for a week, from June 25 through July 1. Vote counting began in regions after 20:00 local time on July 1, when polling stations closed. Along with the extended voting period (from June 25 to July 1), people could cast their votes outside polling stations at specially organized voting areas, including outdoors, or use contactless voting at home or the Mobile Voter application. Additionally, residents of Moscow and the Nizhny Novgorod region could vote online.

The amendments will come into force if supported by more than a half of those taking part. There is no minimum voter turnout.