Russia trying to aid Trump in election - US Intelligence
Read: 423

Trump believes Russia, China are against his re-election
Read: 422 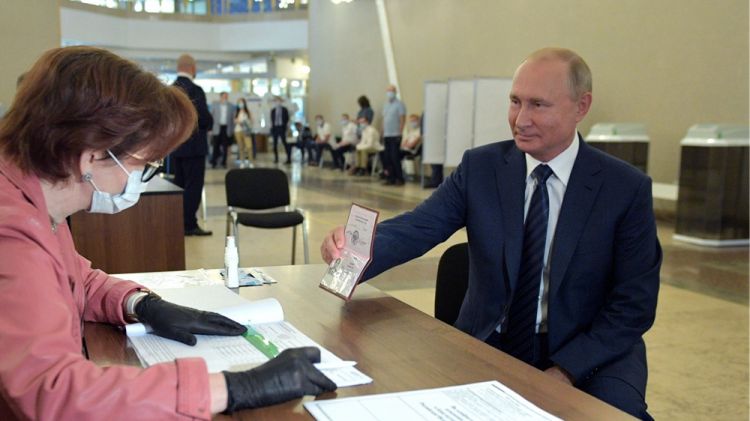 With all votes counted, the CEC said that 77.92 percent of voters had backed the reforms, with turnout of about 65 percent. Just over 21.2 percent had voted against them, it said.

Ella Pamfilova, head of the commission, said the vote had been transparent and that officials had done everything to ensure its integrity.

Russians began voting last week on the package of constitutional changes proposed by Putin in January, including a reset of presidential term limits allowing him to run twice again after his current six-year term ends in 2024.

Other amendments would strengthen presidential and parliamentary powers, enshrine traditional values including an effective ban on gay marriage and guarantee better minimum wages and pensions.

Russia's two houses of parliament previously approved the amendments but Putin said they would only take effect if supported by a majority of voters.

Initially scheduled for April 22, the vote was postponed due to the COVID-19 outbreak in Russia.

'Guarantor of the constitution'

"I have no doubt that the day will come when the supreme, presidential power in Russia will not be so personified, if I may say so, that it will not be connected to a certain individual," he added.

In a recent TV interview, Putin said he does not rule out the possibility of bidding for another presidential term if constitutional amendments are adopted. "I have not decided anything for myself yet. I don't exclude the possibility of this. If the constitution allows the opportunity, we will see," he said.

Chinese Foreign Ministry spokesperson Zhao Lijian said on Thursday that the results of the vote have indicated the choice of the Russian people.

"As a friendly neighbor and comprehensive strategic partner of coordination for a new era, China, as always, will respect the development path chosen by the Russian people and support Russia's efforts to achieve long-term stability and security and promote social and economic development," Zhao said at a regular press briefing.