Jeff Bezos is richer than ever | Eurasia Diary - ednews.net

Jeff Bezos is richer than ever 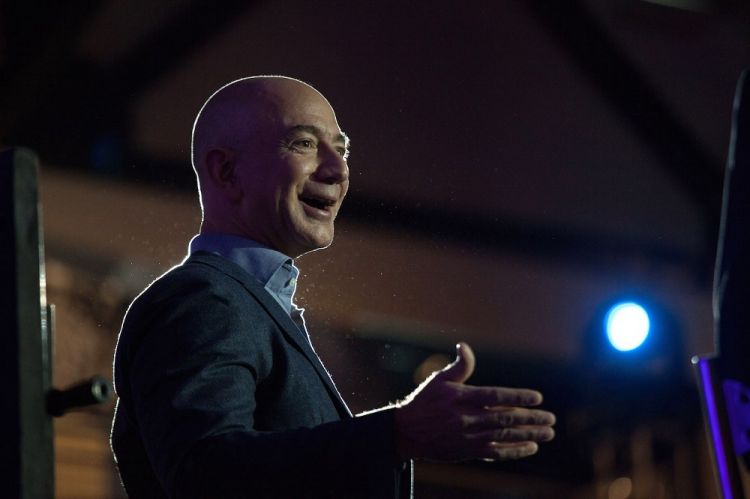 The economy might be a shambles, but Jeff Bezos' wallet couldn't tell. He's now worth nearly $172 billion, a new record for the world's richest person, according to Bloomberg Billionaire Index, EDNews.net reports citing CNN.

Bezos this week surpassed previous his previous wealth record that he reached prior to his divorce from his ex-wife MacKenzie. Last year, the couple divorced after 25 years of marriage. She received 25% of the couple's Amazon (AMZN) stock, which is roughly a 4% stake in the company.

MacKenzie's wealth also hit a record: She's now worth $57 billion, making her the 12th richest person in the world. Her wealth skyrocketed 54% year to date, or an increase of nearly $20 billion, according to Bloomberg's tallies.

Much of Bezos' wealth is tied to Amazon. He owns roughly 57 million shares, or 12% of the company. And its stock is doing really well, soaring 56% year to date.

Amazon has benefited from a huge incrase in online shopping during the coronavirus pandemic, as brick-and-mortar stores either closed or faced long lines as lockdowns overtook the US this year.

Bezos' company, which has faced criticism for employee safety and pay, said this week its giving out more than $500 million as a "Thank You bonus" to front-line workers who were with the company throughout the month of June. That move comes after the company eliminated a $2 hourly wage bump and double overtime pay for frontline workers at the end of May.

Amazon didn't immediately respond for a comment regarding Bezos' wealth.