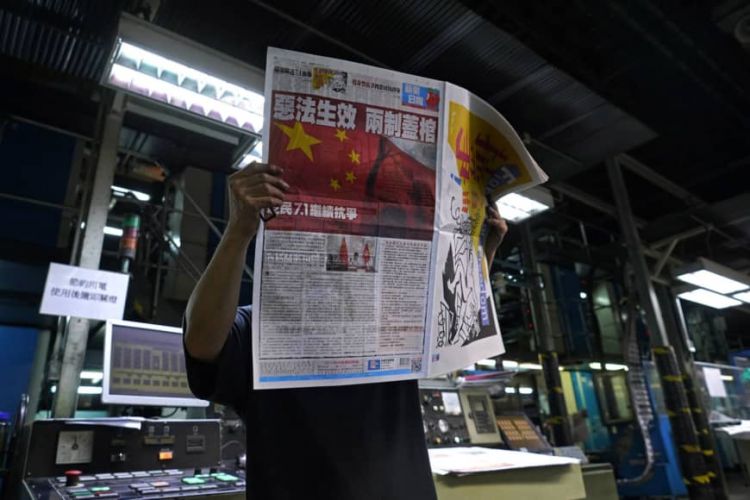 Beijing has faced a groundswell of criticism from primarily Western nations over its decision to impose a law outlawing acts of subversion, secession, terrorism and colluding with foreign forces in Hong Kong.

That includes from Britain, which plans to extend citizenship rights to Hong Kongers, and the United States, where Congress on Thursday dialled up the pressure by fast-tracking the new sanctions.

U.S. President Donald Trump still needs to sign off on the Hong Kong Autonomy Act, and has not yet said if he will do so.

It targets Chinese officials and the Hong Kong police, making U.S. sanctions against them mandatory if they are identified in two consecutive government reports as working to impede Hong Kong’s freedoms.

Crucially, the act would punish banks — including blocking loans from U.S. institutions — if they conduct “significant transactions” with individuals identified as infringing on the city’s autonomy.

Earlier Thursday, before the Senate voted on the new measures, Beijing said it “deplores and firmly opposes” the U.S. bill.

“We urge the U.S. to grasp the reality of the situation, stop interfering in Hong Kong affairs and implementing the negative bill, otherwise we will take strong countermeasures,” said foreign ministry spokesman Zhao Lijian.

But U.S. Vice President Mike Pence told CNBC Thursday that the security law was a “betrayal” and “unacceptable to freedom-loving people around the world”.