2750 tonnes of ammonium nitrate stored at Beirut warehouse at centre of explosion
Read: 1366

Many Armenians ‘not ready to go to war’ for the sake of Pashinyan regime’s interests - Russian expert
Read: 671

Over 160 tanks and armored vehicles arrive for Russian Army and Airborne Force
Read: 655 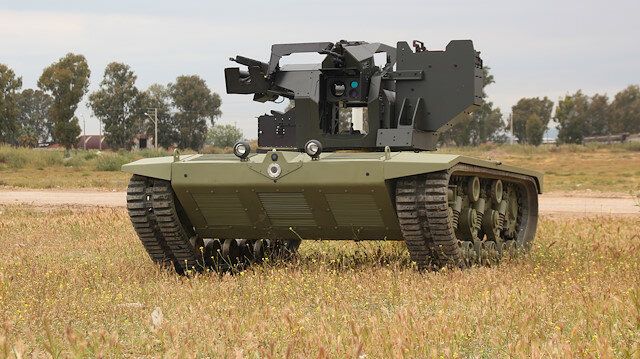 Turkish defense firms Aselsan and Katmerciler have signed an agreement to produce an unmanned ground vehicle (UGV), according to a press release issued on Thursday, EDNews.net reports citing Yeni Safak.

Under the deal, worth nearly $671,000, Katmerciler will start delivering the UGV, also known as a “mini-tank,” in 2021, the firm said in the statement.

The vehicle and all of its parts, including the remote-control system, were developed by Katmerciler, it said.

The mini-tank can be fitted with several types of equipment, such as observation, targeting, and weapons systems, Katmerciler said.

The UGV can operate in difficult climatic and road conditions, the statement said.

It can be controlled through satellites and boasts an extended shooting range, it added.