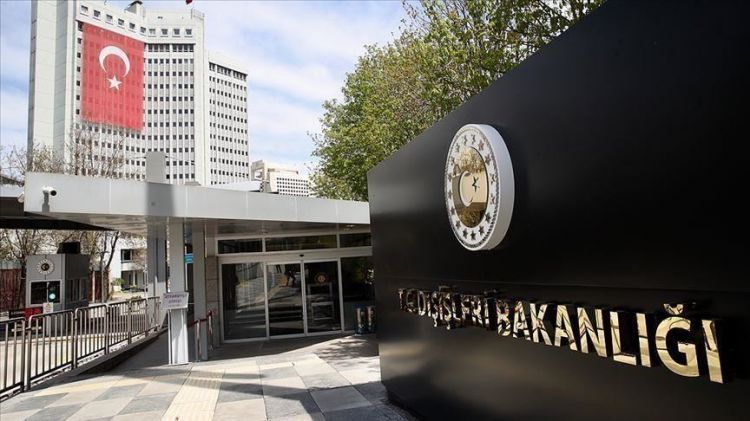 Turkey rejected a statement from Egypt on Friday that condemns Ankara’s anti-terror operations in northern Iraq and accuses it of being “a source of instability in the region,” EDNews.net reports citing Anadolu Agency.

“We refuse the statement by the Ministry of Foreign Affairs of the Arab Republic of Egypt today, which condemns Operations Claw-Eagle and Claw-Tiger, which we have been conducting against the PKK terrorist organization, which has been in northern Iraq oppressing Iraqi citizens as well as our country, and which accuses our country as a source of instability in the region,” Foreign Ministry spokesman Hami Aksoy said in a statement.

“It is tragicomic for those who came to power in a coup and threatened to intervene in Libya to support the putschist [Khalifa] Haftar like themselves,” it said. “Such irresponsible statements are attempts that, as alleged, serve the agenda of the bloody PKK terrorist organization, not the brother and sister Iraqi people we are always with.”

“It should not be forgotten that the PKK terrorist organization threatens Iraq's stability, security and territorial integrity.

“Turkey will continue to resolutely fight terrorism and stand by the Iraqi people whose rights are seized by the PKK and its supporters,” it added.

Libya has been torn by civil war since the ouster of late ruler Muammar Gaddafi in 2011.

The new government was founded in 2015 under a UN-led agreement, but efforts for a long-term political settlement failed due to a military offensive Haftar's forces.

The UN recognizes the government headed by Sarraj as the country's legitimate authority, as Tripoli has battled Haftar's militias since April 2019 in a conflict that has taken more than 1,000 lives.

In March, the government launched Operation Peace Storm to counter attacks on the capital and recently retook strategic locations, including Al-Watiya airbase and the strategic city of Tarhuna.

Operations Claw-Tiger and Claw-Eagle were launched in June to ensure the safety of Turks and borders by neutralizing the threat of the PKK and other terrorist groups, who often use northern Iraq to plan cross-border attacks.

In its more than 30-year terror campaign against Turkey, the PKK – listed as a terrorist organization by Turkey, the US and EU – has been responsible for the deaths of 40,000 people, including women, children and infants.