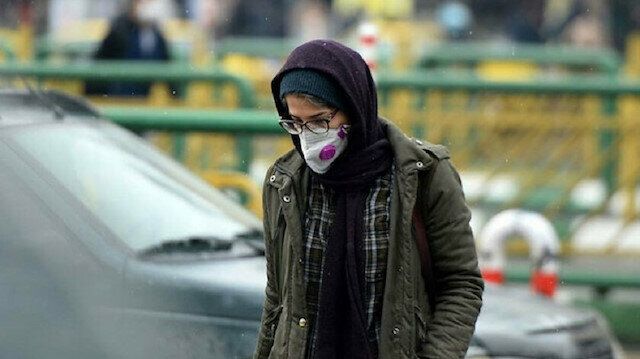 Iranians who do not wear masks will be denied state services and workplaces that fail to comply with health protocols will be shut for a week, President Hassan Rouhani said on Saturday as he launched new measures to try to curb the coronavirus, EDNews.net reports citing Yeni Safak.

Iran has been battling the spread of the coronavirus, with the total number of cases hitting 237,878 on Saturday and a further 148 deaths bringing the country's toll to 11,408, Health Ministry spokeswoman Sima Sadat Lari said on state television.

Wearing masks becomes mandatory from Sunday in covered public places, Rouhani said on state television after tougher curbs were imposed in cities and towns in five provinces where the outbreak is rising after an easing of lockdowns from mid-April.

And a government website published photos of Rouhani, who is rarely seen wearing a mask, with a face covering.

Those infected have a "religious duty" to notify others, Rouhani said, adding: "Keeping your infection a secret violates the rights of other people".

The government has been trying to convince a reluctant public to accept masks and a week-long campaign by state television has been warning viewers that "Corona is not a joke".

One TV presenter at the end of every newscast puts on her mask and says: "There is no one in my immediate three metres, but I wear a mask outside the studio. You, too, wear one."

State media reported on Saturday that 19 Iranian football players from the national Esteghlal and Foolad Khuzestan clubs had tested positive for the coronavirus.

Iran's armed forces has reduced their two-month basic combat training by a month until further notice because of the increased spread of the coronavirus.