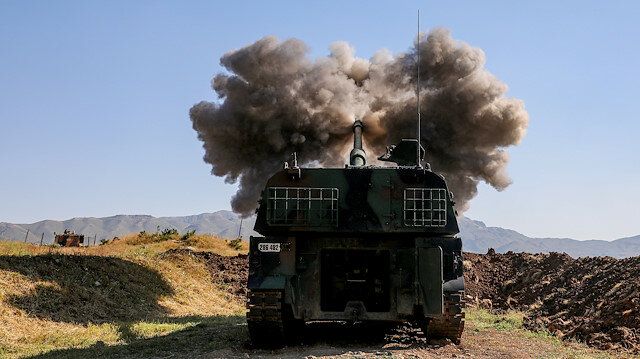 Turkey is determined to use its rights to take essential steps against terrorists illegally taking shelter in northern Iraq, said Foreign Ministry spokesman Hami Aksoy in a statement rebuffing Iraqi statements against the operations.

Aksoy also called on Iraqi authorities to fulfill its commitments in line with international law and its Constitution, adding that Turkey expects Iraq to not allow the PKK terror group to use its territory.

Stressing that the terror group also poses a threat to Iraqi security and sovereignty, he said Turkey stands ready to cooperate with Iraq against the PKK.

He went on to say that Turkey will take necessary steps so long as its expectations in the context of counter-terrorism are not met by Iraq.

Turkey's operations Claw-Tiger and Claw-Eagle were launched last month to ensure the safety of the Turkish people and borders by neutralizing the threat of the PKK and other terrorist groups in the region.

PKK terrorists often use northern Iraq, just across the Turkish border, to plan attacks in Turkey.

In its more than 30-year terror campaign against Turkey, the PKK – listed as a terrorist organization by Turkey, the US and EU – has been responsible for the deaths of nearly 40,000 people, including women, children and infants.