The first stage of tactical exercises continues with the participation of units of the Land Forces - VIDEO
Read: 783 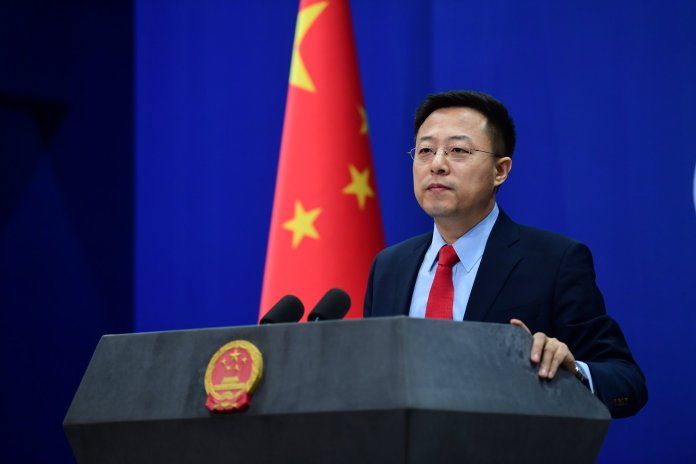 China on Monday said it hoped that the Indian side would implement the consensus through concrete actions and continue close communication through military and diplomatic channels to jointly push for the de-escalation on the border region, EDNews.net reports citing Associated Press of Pakistan.

“We hope the Indian side will move towards China and through concrete actions implement the consensus and continue close communication through military and diplomatic channels to jointly push for the de-escalation on the border region,” Chinese Foreign Ministry’s Spokesperson Zhao Lijian said during his regular briefing while responding to a question about reports of
Chinese troops pulling back from the flash point at Galwan valley.

The Galwan Valley was the site of a violent hand-to-hand clash between the two militaries on June 15 that left 20 Indian soldiers dead.

He said the Chinese and Indian troops held a commander-level talk on June 30 and added, the two sides continued to work to implement the consensus reached at the two previous rounds of talks.

Zhao said there was progress made on frontline troops, taking effective measures to disengage and ease the tensions.

He said the Chinese and Indian troops held commander-level talks on June 30 as the two sides continued to work to implement the consensus reached at the two previous rounds of talks.

On June 30, the Indian and Chinese armies held the third round of Lt General-level talks during which both sides agreed on an ‘expeditious, phased and step wise’ de-escalation as a ‘priority’ to end the standoff.

The first round of the Lt General talks were held on June 6 during which both sides finalized an agreement to disengage gradually from all the standoff points beginning with Galwan Valley.

However, the situation turned deadly on June 15 when the rival soldiers engaged in a nightly medieval clash in Galwan Valley, where India was building a strategic road connecting the region to an airstrip close to China.

According to Indian officials, Chinese troops atop a ridge at the mouth of the narrow valley threw stones, punched and pushed Indian soldiers down a ridge at around 4,500 meters (15,000 feet.)

The disputed border covers nearly 3,500 kilometres (2,175 miles) of frontier that the two countries call the Line of Actual Control and that stretches from Ladakh in the north to the Indian state of Sikkim in the northeast.

The two countries have been trying to settle their border dispute since the early 1990s without success. Since then, soldiers from the two sides have frequently faced off along the contested frontier.

India unilaterally declared Ladakh a federal territory while separating it from disputed Kashmir in August 2019. China was among the countries to strongly condemn the move, raising it at international forums including the U.N. Security Council.